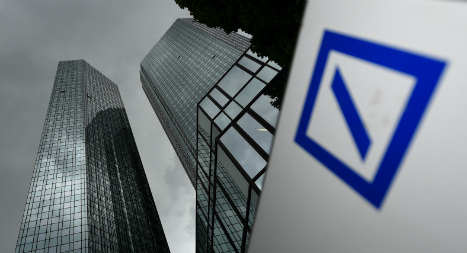 The bank said in a statement that it would “freeze plans to create 250 new jobs at its Cary, North Carolina, location” by the end of 2017.

The decision was “due to state-wide legislation enacted in North Carolina on March 23 that invalidated existing protections of the rights of lesbian, gay, bisexual and transgender fellow citizens in some municipalities and prevents municipalities from adopting such protections in the future,” the German bank said.

“We take our commitment to building inclusive work environments seriously. We're proud of our operations and employees in Cary and regret that as a result of this legislation we are unwilling to include North Carolina in our US expansion plans for now,” said co-chief executive John Cryan.

Deutsche Bank said it currently employs approximately 900 people at its software application development centre in Cary and “is committed to sustaining that existing presence.”

It said it hoped it could “re-visit” plans, which had been announced last September, to expand its operations there “in the near future”.

Deutsche Bank's announcement comes as a growing number of major companies, including PayPal, Starbucks, Apple, Facebook and Twitter, protest against the legislation, part of a series of measures that have been labelled anti-gay that are sweeping southern US states.

It specifically requires that transgender people use the restroom corresponding to the sex on their birth certificates.

Another state, Mississippi, has also signed into law a measure that allows government officials and businesses to deny gay people service if it conflicts with their religious beliefs.