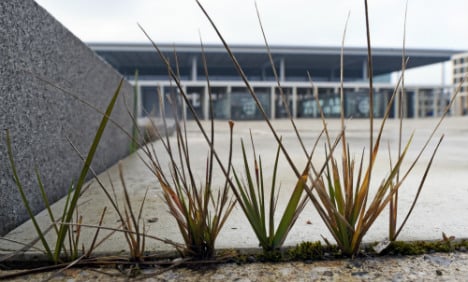 Berlin's new international airport was supposed to be the jewel in the crown of the reunited and reinvigorated German capital.

But the building project has become a by-word for administrative ineptitude, as delays, construction failures and a botched attempt at privatization have pushed the planned opening back by years.

The state governments of Berlin and Brandenburg are also likely to have to pay out millions in compensation to airlines which planned their businesses around a 2011 opening.

However, the project’s PR chief discovered the hard way on Monday that, despite all this being common knowledge, it doesn’t pay for someone on the inside to admit to it.

In an interview with PR Magazine, Daniel Abbou made the bleeding obvious observation that there is no chance the building project will be considered a success story.

“The old managers of the project messed up too much for that to be the case, too many billions of euros have been wasted,” he said. “What we can do is create a sense of transparency.”

And it didn’t end there. Abbou, who has been in the job since January, became ever more pointed in his criticism.

“Up until now official statements always said that the project was going well. That’s bullshit. Take responsibility when something has been a shit show,” he said.

Speaking about a mooted opening in 2017, Abbou also cast doubt on the assurances of his bosses that this target could be met.

“Believe me, no politician or airport director, no person who is not addicted to pills, would give you definitive assurances for this airport.”

Clearly, Abbou’s bosses at the airport were less than impressed with his call for openness.

“The interview Mr Abbou gave PR magazine wasn’t agreed upon with the company hierarchy,” airport head Karsten Mühlenfeld said on Monday in an explanation of the decision to relieve him of his duties.

Ironically, Abbou was hired to the post because Berlin mayor and head of the airport oversight committee, Michael Müller, was unsatisfied with his predecessor’s tendency to react defensively to journalists’ questions on the project.

But the opposition were more sympathetic to Abbou’s case.

Andreas Otto of the Green Party, and member of the airport investigatory committee, said that it is “incomprehensible that transparency and openness are being punished.”