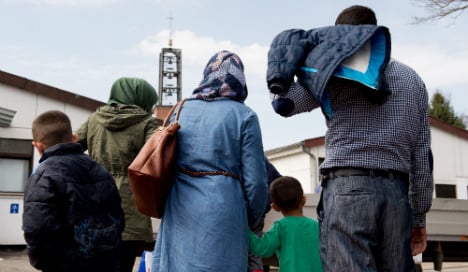 Around half of the 500 Syrians living in Germany who were surveyed told researchers from the University of Münster that there should be a fixed maximum number of people the country takes in.

On the other hand, more than two-thirds of those questioned agreed with Chancellor Angela Merkel's famous dictum of “we can do this” [wir schaffen das].

“It's amazing how great the trust is in Germany's ability to resolve the problems in refugee policy,” researcher Detlef Pollack said.

What's more, 71 percent of those surveyed thought that most of those who had arrived in Germany as refugees would return to Syria once the civil war there is over.

But the survey also revealed that Syrians living in Germany share their compatriots' fears about what trouble the refugee influx might bring.

For example, 46 percent said they were concerned that there might be terrorists among the new arrivals.

And more than two-thirds agreed that the refugee crisis could only be managed if the state and society changed significantly.

The Münster researchers surveyed Syrians who had been living in Germany for an average of 20 years.