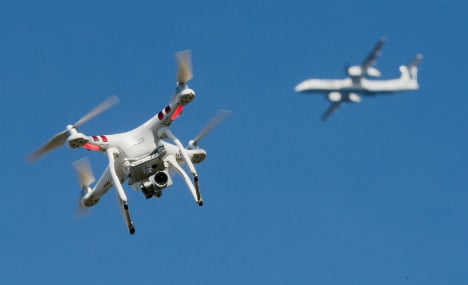 In recent years reports of near-collisions between drones and passenger aircraft have become ever more prevalent.

In September 2015 police went on the hunt for the pilot of one of the unmanned aircraft which nearly collided with a commercial airliner at Hamburg airport.

Two months earlier, a Lufthansa aircraft travelling into Warsaw from Munich came within 100 meters of hitting a drone as it landed in Poland.

The Luftfahrtsbundesamt (Federal office for air travel) says that air carriers have reported seven incidents of interference by drones in their flight plans since the unmanned aircraft started appearing in German skies.

While these contraventions of air regulations are clearly the most dangerous, drones are increasingly seen as intrusive by private landowners. Heritage sites find commercial drone use a particular nuisance, and castles and palaces have started banning their use on their properties.

“Reports of blatant contraventions of air traffic regulations are becoming ever more prevalent. We realized that now is the time to act,” Silvana Reimann from the traffic authorities in Lower Saxony said.

“The scale of the problem has increased significantly,” Bernd Mühlnickel head of the traffic authorities in Lower Saxony agreed.

“This week alone we received five new complaints,” Reimann’s colleague Maximilian Beck added, saying that by comparison, last year there was only one complaint per month.

“The number of cases is rising dramatically. The drone owners are always breaking the regulations because they don’t know what they are.”

While the government in Berlin is pondering effective regulations, state authorities, which have responsibility for air traffic in their areas, are having to improvise.

The main problem is that drone owners aren’t currently legally obliged to register their aircraft, meaning that air traffic controllers often don’t know whom the drone belongs to.

But many drone owners provide the answer to this problem by posting video footage of their drone flights online.

“It’s a tedious process,” Reimann explains of how they examine footage. “We look at the pictures on Google and estimate how high the cloud cover was on the day in question.”

Through this method the authorities can calculate how high the drone was, and thereby understand if it went beyond the visual contact with the owner – an important no-no under German remote piloting regulations.

Most infractions recorded by authorities are for flying over churches, industrial areas and motorways, or for flying high enough to breach the visual contact requirement.

One drone pilot received a fine after he boasted online of how he flew his vehicle one kilometer into the sky – a clear contravention of the rules.

Drone pilots tend to pay up on the fines they are handed without complaint, the Lower Saxony authorities say – and many drones contain electronic logbooks, which make it hard for the pilots to dispute the charges laid against them.

Fines which have been given out so far have ranged from €300 to €450 – but authorities have the ability to really put the hammer down, with penalties of up to €50,000 for the most serious offences.

“Only a few pilots seem to know about the regulations – even though they are extensively explained on their authorization papers,” Beck laments. 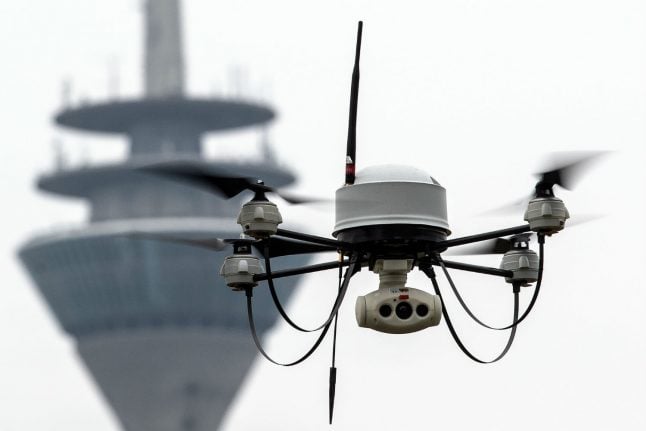 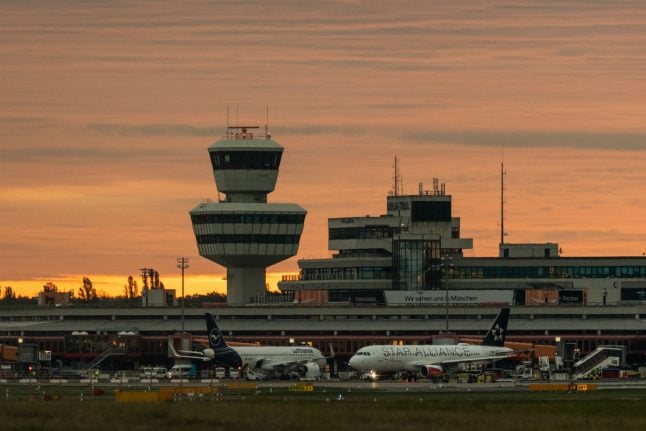 FLIGHTS
Flights in Germany to ‘radically decrease’ in 2020

Berlin's Tegel airport, which is slated to close on November 8th, 2020. Photo: DPA
“Air traffic in Germany will not be able to maintain the growth path of recent years in 2020,” ADV CEO Ralph Beisel told the Frankfurter Allgemeine Zeitung (FAZ) on Thursday. “The outlook for the new year 2020 is gloomy.”
The association expects 0.7 percent fewer passengers and 2.9 percent fewer take-offs and landings in 2020, reported FAZ.
“The harsh market environment, characterized by rising kerosene prices and insolvencies, is also driving airlines to radically thin out their flight schedules,” the ADV said.
READ ALSO: Thomas Cook Collapse: Germany's Condor seeks government aid to keep flying
Germany's air transport tax is also set to rise significantly from April as part of a political push to disincentive taking cheap inter-European flights rather than trains.
READ ALSO: The big changes in Germany to expect in 2020
In 2019, the number of air passengers rose only slightly to 244.7 million, missing the original forecast of 2.7 percent growth – which would have brought the total figure to 250 million passengers.
“In fact, the traffic development already saw a [downward] shift in the summer and even slipped into the red with the route cancellations in the winter flight schedule,” said Beisel.
Passenger record in Berlin
There was, however, a passenger record at the Berlin airports Tegel and Schönefeld in 2019.
Around 35.5 million passengers have travelled via Tegel and Schönefeld in the past twelve months, announced airport boss Engelbert Lütke Daldrup.
This means that the number of passengers in the capital has grown by 2.2 percent. There were approximately 24.2 million passengers at Tegel Airport, while the number at Schönefeld was 11.3 million.
Berlin's new airport BER is scheduled to open on October 31st, nine years after its projected opening date.
READ ALSO: Berlin's BER Airport to finally open in October 2020
Daldrup predicted that that this will be accompanied by a significant growth in intercontinental connections.
After the opening of BER, Tegel Airport is set to close eight days later.
READ ALSO: Trains instead of planes: Could domestic flights in Germany really become obsolete?
Vocabulary
air traffic – (der) Luftverkehr
gloomy/dismal – düster
growth trajectory – (der) Wachstumspfad
thin out – ausdünnen
missed – verfehlt
We're aiming to help our readers improve their German by translating vocabulary from some of our news stories. Did you find this article useful? Let us know.
SHOW COMMENTS 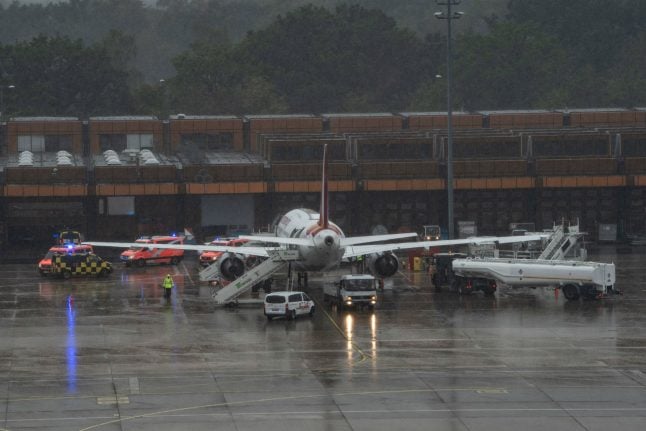 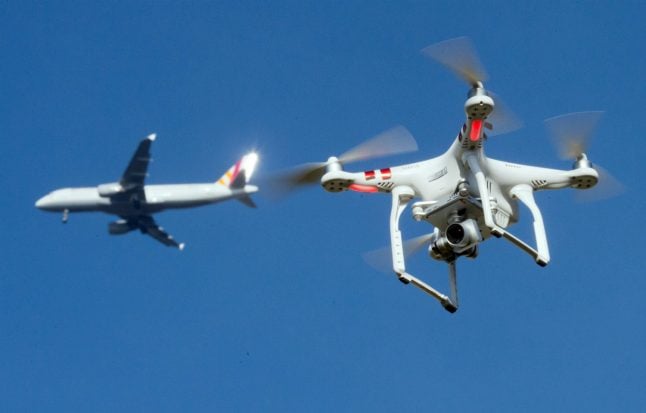