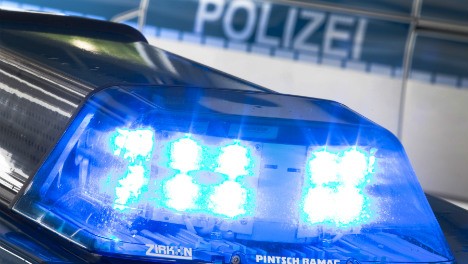 The fire broke out in the hotel on the town's main street at around 3:15am, police reported. 25 people, including 16 refugees, were staying there that night, the hotel's owner told broadcaster SWR.

Four people staying in the hotel and two firefighters were hurt by smoke inhalation. Two of the residents had to be treated in hospital.

Police say there may have been a racist motive to the attack on the hotel, which currently houses a number of refugees.

Three swastikas were found sprayed in fresh black paint on the walls of the building, according to the police report. Two were found inside the hotel and one outside.

State prosecutors in Mainz have now opened an investigation on suspicion of serious arson. Police have so far been unable to find the cause of the fire because of the ongoing deployment by firefighters.

Public attention has focused on the former Eastern states, which have seen much larger numbers of such attacks despite hosting some of the lowest numbers of refugees anywhere in Germany.

But this latest attack happened in the southwest of the country in a town on the banks of the river Rhine.

Tweet with a map showing xenophobic attacks in Germany from 1 January to 28 February 2016.

The former West is far from immune to the problem, with arson attacks, violence against individuals, insults, and demonstrations against asylum homes reported in almost every corner of the country.

One group of people who formed themselves into a “Bürgerwehr” – a local vigilante force – in Saxony are currently under investigation for possible terrorism charges.