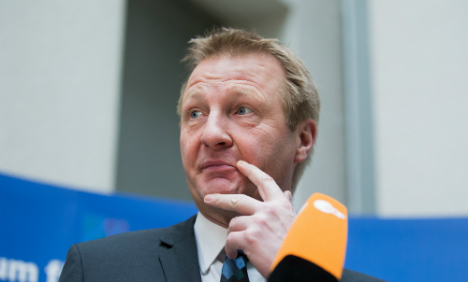 Cologne's Express newspaper alleges that the NRW interior ministry put pressure on a senior police officer to remove the word “rape” from an internal report issued on New Year's Day.

“KHK [the police officer involved] told me that the state control centre wanted the report cancelled and the expression “rape” deleted,” a document written by another police officer and reproduced by Express read.

The two officers were on duty in the Cologne police headquarters on New Year's Day, when the discussion about the first “significant event” report covering the sexual assaults was going on.

But KHK was to receive a phone call that afternoon requesting that he delete the word “rape” – supposedly at “the wish of the state interior ministry”.

Police refused to alter their report and details of the events gradually became public knowledge.

But the latest scandal has nevertheless emerged into the press, and could seriously damage NRW interior minister Ralf Jäger.

Opposition politicians in the state parliament are calling for the Social Democratic Party (SPD) politician to be sacked by minister-president Hannelore Kraft, and he faces tough questions in the interior policy committee on Thursday.

“It's not true that the rape on New Year's Eve in Cologne was supposed to be hushed up,” Jäger's spokesman told the Westdeutsche Allgemeine Zeitung on Thursday.

But the interior ministry has acknowledged “professional discussions” between the state police control room and the Cologne police about the “criminal classification” of the assaults, WAZ reported further.