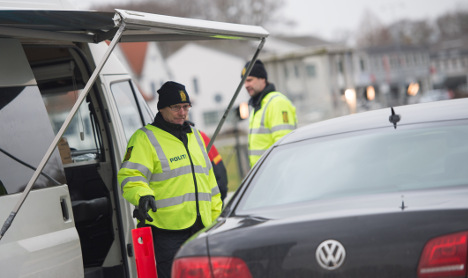 “The pressure on Europe's external borders is still high and refugee and migrant flows may rise significantly when the weather gets better,” Danish Integration Minister Inger Stojberg said in a statement.

“It is necessary to extend the border controls so that we ensure that large groups of refugees and migrants do not accumulate here in Denmark,” she added.

The controls were introduced on January 4th, hours after Sweden began requiring rail and ferry companies to verify the identities of people travelling from Denmark across the Oresund Strait, and have been extended four times.

Last year Denmark largely served as a transit country for migrants travelling to Sweden, which until recently had some of Europe's most generous asylum rules.

In Germany, the number of refugees seeking asylum has dropped in recent months, plunging by a third between January and February.

Experts in Germany have attributed the decrease to weather conditions, as well as the closing of borders along the Balkan route immigrants have taken through Europe.

The number of people seeking asylum in Denmark fell to 35 in the week ending on Tuesday, the lowest number since the border checks were introduced, according to data from the Danish government.

“Asylum numbers can fluctuate considerably from day to day… It may be due to several things,” Stojberg told Danish news agency Ritzau, citing bad weather conditions and border checks in Denmark and elsewhere in Europe as possible explanations.