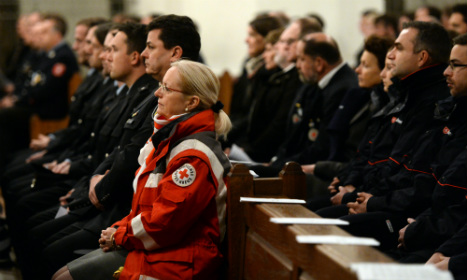 Emergency services attend a memorial service for the victims of the Bad Aibling train crash in early March. Photo: DPA

The controller first mistakenly allowed both trains to access the single-track stretch where they would be forced into a head-on collision.

But he compounded his error by sending the wrong signal to warn the drivers.

“When he noticed his first mistake, the controller tried to send a first warning radio signal to both drivers,” Herrmann explained.

“Perhaps out of agitation, he nevertheless pressed the wrong button. The message went to the other controllers in the immediate area, who called him back. Aerial images from the Bad Aibling crash site showed the trains had bored into one another at high speed. Photo: DPA

“He sent a second signal to the train drivers, and this time he pressed the right button, but by then it was already too late,” Herrmann said.

“If the first signal had reached the drivers, it might still have been possible to have stopped the accident. That is especially tragic,” he said.

The controller now faces charges of negligent killing over the crash, one of the most serious in modern Germany.

A small silver lining for rail operator Deutsche Bahn is that there were no technical defects on the track or its control systems, such as the PZB automatic braking system introduced after a similar accident in Magdeburg in 2011. 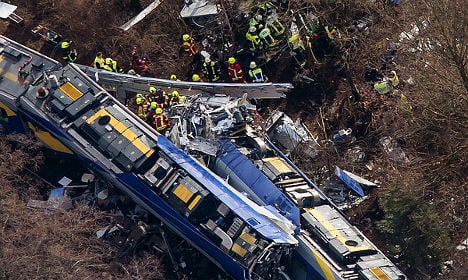 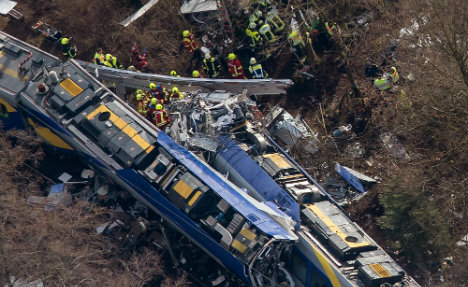