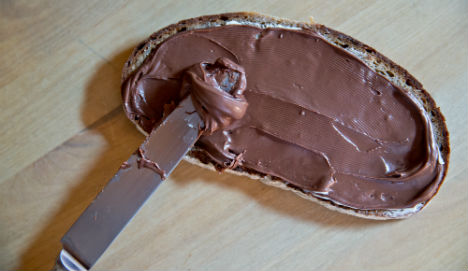 To the average German on the street this may come as a shock – one in five citizens consumes some brand of chocolate-hazelnut spread several times a week, according to Stiftung Warentest's website test.de.

The contaminants can produce cancer-causing anflatoxins, which, when kept within limits, only have a slight impact on the risk of cancer.

But of those 16 affected brands, six contained levels of mould that would have seen them barred from stores a few years ago.

In 2010, EU regulations were loosened to ease conditions for producers.

“The results come as a surprise to us,” commented the testers, adding that a meagre harvest of hazelnuts in top supplier country Turkey may have contributed to the contamination.

Europe-wide treasure Nutella , however, was completely free of fungi in a welcome all-clear for chocolate spread lovers.

The German football national team, who have been advertising for the product for years, are also likely to be relieved.

Beyond its clean bill of health, the top-selling spread scored “very good” in the testers' looks, smell and flavour categories.

Producers of two organic brands, though, will be in for a shock after their offerings were found to be contaminated.

While it was the most expensive product under the microscope, Nocciolata fared the worst among its 21 competitors in the test, showing high amounts of contaminants.

On top of that, the testers also rated Schlagfix' cream insufficient after detecting traces of lactose and milk proteins, despite the brand's claim to be lactose and dairy free.

In their examination, Stiftung Warentest criticized the use of ingredients such as palm oil, whose manufacturers clear rain forests in countries like Indonesia and Malaysia to create cultivable land.