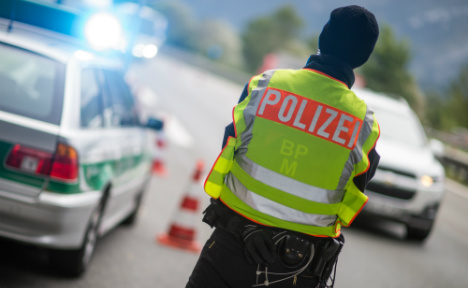 The reason for the arrest was an anonymous tip-off which mentioned a planned terror attack and two Kosovans driving a silver car, Bayerischer Rundfunk reports.

The tip-off was immediately handed to the central security authorities in Berlin to be assessed for its credibility.

Police in Rosenheim, southern Bavaria, discovered the car early on Tuesday morning on the Autobahn between Munich and Salzburg, Austria, and arrested the three people inside.

Two of them were brothers from Kosovo. The other was a male between the ages of 36 and 46.

The men told police they had been working for a building firm in Belgium. Plans found in the back of the car were of one of the building sites they work on, the men said.

Checks on the men's backgrounds showed that one of the two brothers had disappeared after a deportation order was issued against him.

Investigators have not at this stage found a connection to the Brussels terror attacks.

A spokesperson for the state prosecutor in Munich told The Local that the men are being held in custody in the city and that they are looking into the suspicion that they were “preparing an act of violence against the state.”