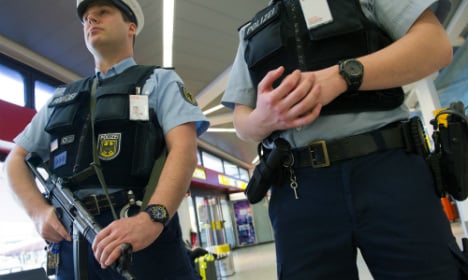 “Information collected on the ground by intelligence agencies and police must be brought together, evaluated and managed in Europe,” DPolG head Rainer Wendt told Germany's public broadcaster ARD.

“We need entrance controls… a secure European external border, checks on people arriving and leaving so that we know who's coming to us.”

DPolG's position closely mirrors that of the German government. Interior Minister Thomas de Maiziere on Tuesday called for “a register which shows who's coming in and who's leaving” the Schengen free-movement zone.

Wendt dismissed the idea that altering security arrangements at airports would provide much “added value”, saying that checking everyone before they entered the terminal would be a massive task.

But getting European states to share data – a proposal that is regularly mooted in response to terrorist attacks – may be harder than it looks.

“There are many reservations” among EU member states to sharing policing data, Wendt acknowledged, adding that it had taken a long time to get over even German federal states' slowness to work together to fight terrorism.

“I hope these events place the necessary pressure on EU member states” to get data sharing agreed, he said.

Wendt's call for sharing police data about specific individuals who have come to authorities' attention may be more to the liking of digital rights activists than calls for more mass surveillance.

“Instead of introducing blind surveillance measures, Europe should finally return to evidence-based security policy, to targeted investigations and to preventive measures to stop radicalization arising in the middle of our societies,” Kirsten Fiedler of NGO European Digital Rights (EDRi) wrote for Netzpolitik.

“Developments in the last 10 years create strong doubts about whether comprehensive collection of all citizens' data can prevent such attacks in Europe.”

Wendt added his own voice to calls for better social policies to prevent extremism developing.

“It's a task for the whole of society to make sure that people who live among us don't develop parallel worlds, that we don't see hate and violence before our eyes out of which radical tendencies, up to extremism and terrorism, can develop,” he said.

“There's a lot of work ahead of us, a mammoth task.”