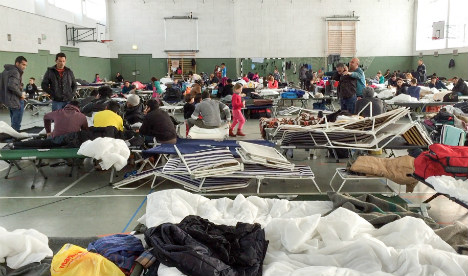 The federal budget next year is expected to grow to €325.5 billion from an envisaged €316.9 billion this year, according to the document to be released by Finance Minister Wolfgang Schäuble on Wednesday.

Spending alone is projected to amount to €325.5 billion, including €33.7 billion in investment plus €10 billion earmarked for handling the influx of asylum-seekers.

Germany took in more than one million refugees last year and thousands more are continuing to arrive this year.

“It's the biggest challenge since reunification” in 1990 and “for the government, financing it has top priority,” the draft budget stated.

On top of money needed to finance German lessons for the new arrivals, integration programmes, but also additional spending on police, some €800 million have been earmarked for construction of housing for the refugees, €1.1 billion to integrate them into the labour market and €450 million for family policy measures.

State revenues are also projected to continue to rise in the coming years to reach €347.8 billion in 2020.

The German government achieved a balanced budget for the first time since 1969 in 2014, a year ahead of target and did not take up any new debt.

A fierce advocate of budgetary rigour, Schäuble has already said he aims to make a balanced budget the norm in the coming years.

But the arrival of so many refugees and the costs of looking after them has since made that target appear more difficult.

The government is pencilling in annual growth of around 1.5 percent until 2020.

The cabinet of ministers is scheduled to approve the 2017 budget on July 6th.