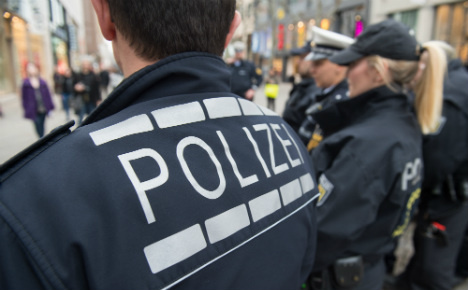 The exact figures show that up until the end of February the federal police – who have responsibility for securing Germany’s borders and policing public transport infrastructure such as train stations and airports – accumulated 2.7 million hours of overtime.

The figures come from a parliamentary question by the Green Party seen by Die Welt newspaper.

Police have been putting in even more hours since the government’s decision in September 2015 to reinstate border checks at the Austrian border, Die Welt reports on information from security sources.

The largest amount of overtime performed was by the riot police who gathered 880,000 extra hours, or 185 per officer.

In February the Bavarian state government also revealed that its police force had accumulated over 2 million hours in overtime, the Augsburger Allgemeine reports.

Bavaria was the German state most affected by the refugee crisis, as most asylum seekers entered Germany at the Bavarian border with Austria and then travelled on to state capital Munich.

Police Union DPolG, meanwhile, calculated at the end of February that, if police officers were to all take time off as compensation for their overtime in one go, Germany would have no police at all for over a week.

In North Rhine-Westphalia, officers have worked so many extra hours they would be missing from the streets for 18 days.

“The government has been pursuing policies for years which fail to support the ordinary police officer,” Irene Mihalic, security spokesperson for the Green Party told Die Welt.

“This attitude is coming back to haunt them now – but the ones who are paying are the ordinary officers who have to carry round this huge weight of overtime,” she added.

Mihalic warned that the extra work would have health implications for the police force and appealed to the government to swap some of the overtime for rest days, rather than money.

“Time spent with family and friends isn’t something you can replace with money,” she argued.

The stress that the refugee crisis placed on the federal police is also evidenced by the large number of stations which were only open part-time, as officers worked in support of colleagues in other parts of the country.

During the past three months 29 stations were partially shut down. This was due to officers supporting colleagues on other operations, but also due to illness and building works.

Jörg Radek from the Police Trade Union (GdP) said that the closing of stations was a result of “chronic underfunding.”

“After the assaults in Cologne, train stations which don’t have the necessary police personnel could become increasingly insecure,” he told Die Welt.