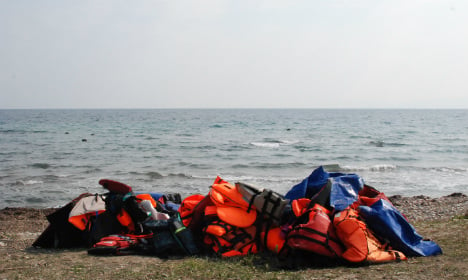 Merkel’s most trusted aide Peter Altmaier told the Rheinische Post the deal with Turkey is “the biggest and most important step yet for solving the refugee crisis.”

Altmaier, whom Merkel put in charge of managing the refugee crisis last autumn, added that the deal has answered calls from within the Chancellor’s party, the Christian Democratic Union (CDU), for an upper limit on the number of refugees Germany accepts.

Thomas Strobl, deputy leader of the CDU, told Die Welt that public support for Merkel’s refugee policy would once again rise now that the deal had been signed.

“We promised a noticeable and long-term reduction in the number of refugees, and we’re delivering that now. Now the CDU’s popularity will increase again,” Strobl said.

Under the deal which was agreed upon in Brussels on Friday, Greece can deport asylum seekers who arrive in the country back to Turkey.

For every Syrian among those sent back from Greece to Turkey, the EU will resettle one Syrian from the Turkish refugee camps where nearly three million people are living after fleeing their country's brutal civil war.

The EU will also speed up talks on Ankara's bid to join the 28-nation bloc, double refugee aid to €6 billion, and give visa-free travel to Turks in Europe's Schengen passport-free zone by June.

The aim is to cut off a route that enabled 850,000 people to pour into Europe last year, fleeing conflict and misery in the Middle East and elsewhere.

But Amnesty International has called the deal a “historic blow to human rights,” and on Saturday thousands of people marched in European cities including London, Athens, Barcelona and Amsterdam in protest.