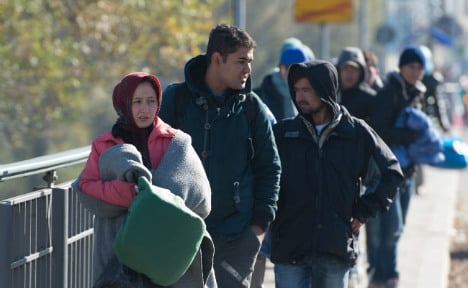 The number of migrants who arrived in Germany rose by almost 700,000 from a 2014 level of 1,343,000, numbers released on Monday by the Federal Statistics Office (Destatis) show.

The figures do not come as a great surprise, as the number of refugees heading for Germany shot up during summer 2015 after the government decided to no longer apply the Dublin rules to Syrians.

Last week a parliamentary question by Die Linke showed that around 600,000 refugees came to Germany last year, lower than the previously reported number of around 1.1 million.

The influx also means that there are now 9.11 million foreigners registered as resident in Germany – and increase of 955,000 from 2014, or almost 12 percent.