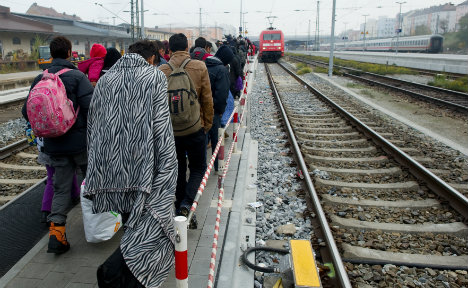 The Interior Ministry has often referred to the number of refugee arrivals in Germany in 2015 as reaching 1.1 million.

But new numbers released by the government show that the actual number is around half that figure at roughly 600,000, TAZ newspaper reports.

A parliamentary answer to Die Linke (the Left Party) shows that at the end of 2015, there were 1.25 million refugees in Germany.

The numbers showed that around 950,000 of the total had either been offered asylum, were awaiting an answer or were officially ‘tolerated’ although their application had been rejected.

A further 300,000 meanwhile had not yet lodged an application, largely because the government is overburdened with the applications it is currently processing.

The huge discrepancy in figures is likely explained by the fact the 1.1 million arrivals reported for 2015 comes from the government's EASY registration system, Die Zeit reports.

But this system records every asylum seeker who arrives in Germany, including those who travel on to other countries.

Sweden took in 160,000 asylum seekers last year, many of whom would have first travelled through Germany.

Other asylum seekers may have also been registered twice, or have left Germany to return to their homeland.