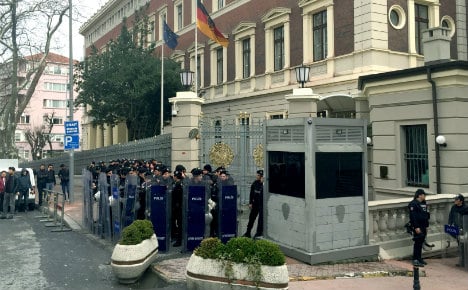 The Foreign Ministry said the closures were a “precautionary measure” and called on all Germans currently in Turkey to take particular care when in public, broadcaster NTV reports.

The email sent to German citizens described a “terror threat that could not be conclusively verified.”

The email went on to say that Germans should avoid the vicinity of the German consulate in Istanbul, which is situated near Taksim Square, a major tourist spot and scene of violence and demonstrations at various points in modern Turkish history.

The measure concerns the German embassy in Ankara as well as the consulate and a German school in Istanbul, the foreign ministry said on its website.

Last January, 12 German tourists were killed in a suicide attack blamed on the Islamic State group in the heart of Istanbul's tourist district.

Turkey has suffered five major bombings since July last year, killing more than 200 people, including two in Ankara in less than a month.