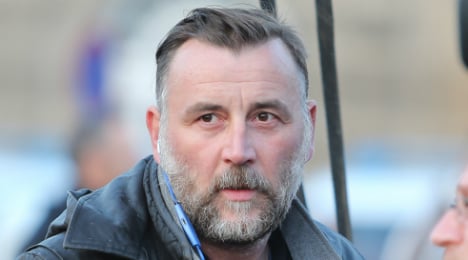 Lutz Bachmann, 43, was charged with inciting hatred in October for a series of widely shared posts on the Pegida Facebook page, which stands for “Patriotic Europeans Against the Islamisation of the Occident”.

A court date has been set for April, with two further hearings in May.

The court said Bachmann's comments “disrupted public order” and constituted an “attack on (the refugees') dignity”.

Pegida started life in October 2014 as a xenophobic Facebook group, initially drawing just a few hundred protesters to demonstrations in the eastern city of Dresden before gaining strength, peaking with turnouts of 25,000 people.

Interest subsequently began to wane following Bachmann's overtly racist comments and the surfacing of “selfies” in which he sported a Hitler-style moustache and hairstyle.

But the group has seen a revival with the arrival of tens of thousands of asylum seekers, many fleeing war in mostly Muslim countries like Syria and Iraq. They are part of an unprecedented influx of newcomers to Germany, which took in more than a million migrants and refugees last year.

The populist right-wing Alternative for Germany (AfD) party made surprise gains in weekend regional polls in what was widely seen a protest vote against Chancellor Angela Merkel's open-door policy on refugees.