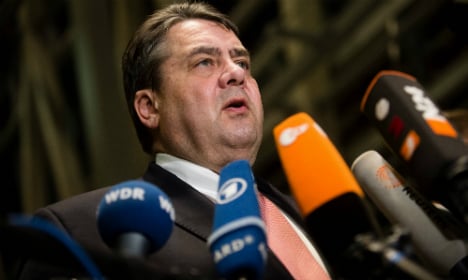 “Whether Donald Trump, Marine Le Pen or Geert Wilders—all theseright-wing populists are not only a threat to peace and social cohesion but also to economic development,” the centre-left Social Democrat told the Welt am Sonntag newspaper.

“The right-wing populists promise their followers a return to a fairytaleworld where economic life happens only within the borders of their own nation,” said Gabriel, vice chancellor to conservative Angela Merkel.

Gabriel, who is also economy minister, stressed that countries don’tprosper in self-imposed isolation and that, in export powers like Germany and elsewhere, “we need to make the effort to explain how to shape globalization in a fair way”.

Merkel was asked in a separate interview, by Bild am Sonntag newspaper, tocomment on Trump, and replied only that “I don’t know him personally”.

Questioned about his harsh attacks on her liberal refugee policy, which hehas called “insane”, Merkel said that “I see no reason to reply to that”.

Merkel did however praise Democratic frontrunner Hillary Clinton, sayingthat “I appreciate her deep political experience, her commitment to women’s rights, to family and health care”.

“I appreciate her strategic thinking and that she is a strong supporter ofthe transatlantic partnership,” Merkel added about the former US secretary of state. “Whenever I have worked with Hillary Clinton, it was a great joy.”