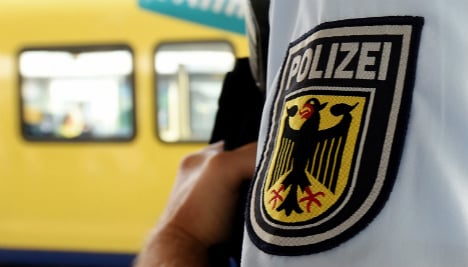 The teenager attacked the officer on February 27 during a routine check at Hanover train station, before being overpowered by another police officer.

Investigators were examining if there could have been a “possible political or religious motivation” for the attack, and whether the girl had an “Islamist background” after it emerged she had recently travelled to Turkey, a Hanover prosecution spokesman, Thomas Klinge, told AFP.

“We want to know if that was a tourism trip or of another nature,” the spokesman said.

He would not comment on media reports that the teenager had travelled to the Turkish-Syrian border before she was brought back to Germany by her mother who had been alarmed by the girl's radicalisation.

According to Spiegel Online, investigators were pursuing the jihadist possibility as a line of inquiry.

It quoted a confidential memo sent by the Lower Saxony regional justice ministry to local parliament revealing that “findings to date are pointing to the direction of an Islamist plan”.

German public television channel NDR had claimed that the teenager has links with the Islamic State group.