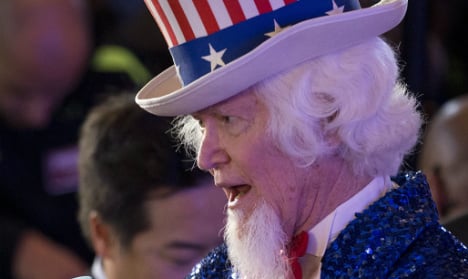 The next president will name Supreme Court Justices, act (or not) on climate change, build bridges or fences with Mexico and other countries, and lead on many other important issues we haven’t even thought of yet.

The actions the U.S. takes have a huge impact around the world. Though we live in increasingly multi-polar world, the U.S. still takes the lead in many international realms.

If more of us turned out to vote in primaries and general elections, we would have a real impact on real issues and decisions on every level, from local to state to federal..

Not voting when you’re living abroad is a mistake. You might no longer reside in the United States, but its politics and policies have a major impact on your life. For example, did you know that the U.S. is one of just two countries that practice citizenship-based taxation? That means you have to file taxes every year.

The IRS also now has the power to take away your passport if you owe more than $50,000 in back taxes. And it’s those FATCA reporting requirements for foreign bank accounts that have made it more difficult for U.S. citizens to get and maintain bank accounts outside the U.S.

Finally, as person with first-hand experience how politics and government can be totally different and still functional, your perspective is important in the American political debate! Germany may not get name-checked as often as Denmark in the current cycle, but it does represent a different social structure and contract.

While you might feel like an American ambassador in your day-to-day interactions, the really impactful role could be as an overseas American. You can shine a light onto how many assumptions about what’s immutable in politics, law, and culture.

Convinced? In Berlin you can vote in person in the Democratic global presidential primary on Sunday, March 6th from 3-8pm at the ICD (Genthiner Str. 20) and several locations and dates around Germany. You can also vote by mail, fax, or email: more details.

Powen Shiah is Media & Communications Coordinator for the Berlin chapter of Democrats Abroad, a startup marketing consultant, and believes in old fashioned grassroots activism. He lives in Berlin and maintains too many Twitter accounts, including @demsinberlin and his own, @polexa.

SEE ALSO: How to vote as an American expat abroad

PARTNER CONTENT
The tax terms that every expat in Germany needs to know
Url copied to clipboard!