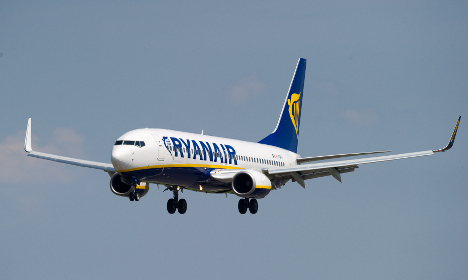 The pilot made an unscheduled landing at Berlin-Schoenefeld airport around 2030 CET on Friday. Photo: DPA

The groom and five friends, described as “under the influence of alcohol”, could face fines of up to €25,000 plus possible civil damages, police said Saturday.

On the flight from London-Luton bound for the Slovak capital Bratislava, the men “misbehaved so badly” that the captain decided to kick them off, said German federal police.

The men, aged 25 to 28, allegedly endangered flight safety and ignored cabin crew instructions. The pilot made an unscheduled landing at Berlin-Schönefeld airport at around 2030 CET on Friday.

The six from Southampton in southern England, who were later released by police, were among a stag party group of 12 on the Ryanair flight, which carried a total of 170 passengers.