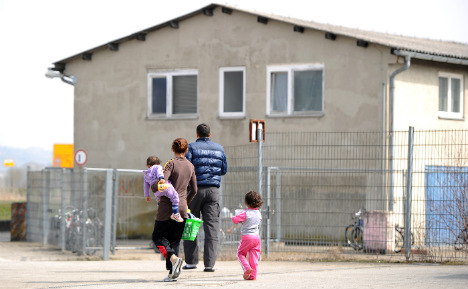 The figures released by the Interior Ministry show how hard it is to come to accurate conclusions about the number of refugees currently in Germany and where exactly they reside.

Moreover, they shed a light on the bureaucratic nightmare the German government faces in trying to keep tabs on the more than a million new residents of the country who arrived in 2015.

The figures were published by the Süddeutsche Zeitung after Die Linke (the Left Party) made an official request in the German parliament.

Officials admitted in response that 13 percent of people who were registered as asylum seekers in 2015 didn’t arrive at the shelter they were assigned to.

With roughly 1.1 million people registered last year in the ‘Easy System’ computing system – that means more than 130,000 people did not arrive where they were supposed to be placed.

The Interior Ministry says that some asylum seekers may have travelled on to other countries while others may have “slipped into illegality.”

Previously the Ministry has suggested that many also go and stay with family members who already live in Germany.

The figures also show how the Dublin Accord – whereby asylum seekers are sent back to the EU country in which they were first registered – has fallen apart over the previous 12 months.

Whereas in 2014 Germany was sending every fifth asylum seeker back to the country where they had entered the EU, in 2015 this ratio had dropped to one in every ten.

While Germany put in 45,000 requests for other countries to take back asylum seekers, this only took place in 3,600 cases. At the same time other countries sent 3,000 refugees back to Germany – meaning that the Dublin Accord only made a net difference to Germany of 600 refugees.

“The Dublin system is not only a bureaucratic nightmare, it’s a human one too – it creates uncertainty for refugees in need of protection and it demands an enormous amount of manpower at the Federal Office for Migration and Refugees and in the courts,” Ulla Jelpke of Die LInke told the SZ.