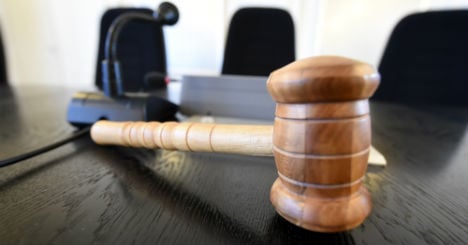 The 26-year-old son must have felt relieved when his mother agreed to take care of his two cats and guinea pig while he was away on holiday.

Little did he know that the then-64-year-old wasn't just planning to come by every now and then.

According to RuhrNachrichten, his Mitbewohner (flatmate) was surprised to find the mother still there on the day after her son's departure, as she had apparently moved in lock, stock and barrel.

Clearly uncomfortable with her presence he told her to leave the apartment. And when she refused, the Mitbewohner turned to harsher measures and called the police.

Once it was settled that she wasn't registered at the address, the police ordered her to leave. Just then the husband came to her rescue and there was a scuffle as the police prevented him from getting in, leaving the mother with bruises.

She appealed to the justice system for compensation for her pain and suffering to the tune of 1200 Euros. But the Higher Regional Court of Hamm refused.

According to the judges the mix-up and the resulting injuries had not been caused by the police's actions but rather by the woman herself.

The judge explained further that a shared student flat (WG) “was only suited for young adults who share similar living circumstances.”

Having a person of another generation was simply alien to WG living, and she shouldn't have expected to be able to move in without problems he went on.

Consequently “it wasn't admissible for a mother to simply replace her son, even if it was only for a few days,” the judge concluded.

SEE ALSO: Woman thrown out of Berlin cafe for nursing