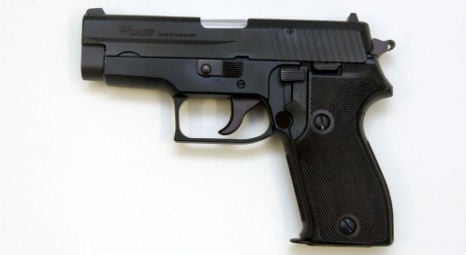 Things in the bleak little port of Bremerhaven just got even bleaker for the local journalist, who was shot  in the thigh while just trying to do his job.

Admittedly, the 'shooter' must have been fairly surprised himself.

The reporter from the northern German Nordsee-Zeitung newspaper had come to the Bremerhaven police department to research a series on the town's police force (“Unsere Polizei”/Our Police).

As the officers presented their equipment, the gun was accidentally discharged and the projectile passed straight through the journalist's thigh.

The reporter was immediately brought to the nearby hospital. His injuries are not life-threatening.

A press statement from the Nordsee-Zeitung released after he was brought to hospital said that “he is doing well, considering the circumstances.”

Posted by Nordsee-Zeitung on Tuesday, February 23, 2016

Meanwhile, the head of the police department called an emergency press conference to apologize.

“This kind of thing should not happen”, he said, adding that the weapon ought to have been unloaded when the officer demonstrated it.

All the weapons shown to the journalist have been secured and no ammunition was found in any of them, he went on.

“It's beyond my understanding why this happened,” he said.

Both officers involved in the demonstration – one of whom was a weapons trainer – have now taken sick leave.

SEE ALSO: Even police can be idiots and incendiaries