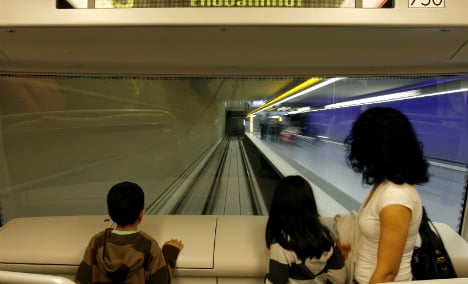 It was, Bavarian finance minister Marcus Söder said proudly, the start of a “new era in locomotion”.

While this statement might sound a tad hyperbolic, there is no doubt that the first test journey of a driverless train at Munich Airport underscores the slickness and modernity of the Bavarian capital in comparison with the Germany’s other major cities.

Only Bavaria’s second city, Nuremberg, can claim to compete with Munich, having raised the curtain on own its own automated train system in 2008.

At Munich airport three driverless trains, each with four carriages, will transport passengers between check-in at Terminal 2 and a new satellite terminal, set to open in April.

The new development will have 52 gates serving around 11 million passengers annually, providing a further boon to the already filthy-rich capital of Weisswurst and Lederhosen-land, and is set to open in April.

The news has been received with an ironic chuckle in Berlin, where international visitors are still welcomed into the “capital of Europe” at a communist-era tin shed, otherwise known as Schönefeld Airport.

For years now Berlin’s attempts to complete an international air hub worthy of the city’s name have made it a laughing stock, as planning mishaps and building failures have brought the company behind the project to its knees.

But Berlin daily Tagesspiegel finds comfort in the fact that the shambolic capital had a driverless train long before Munich – back in the 1980s. Unfortunately, the train came off the tracks in 1988 and the project was abandoned.