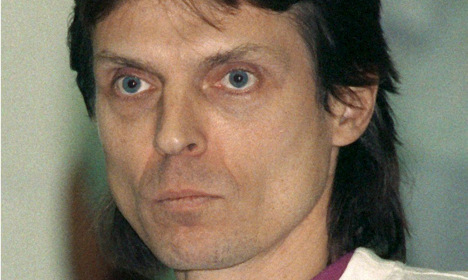 Lawmaker Diether Dehm of the Linke party took fire over reports by Bilddaily and national news agency DPA that he had paid Christian Klar, 63, once a leading member of the now disbanded organisation, to manage his Internet publications.

The anti-capitalist RAF, also known as the Baader-Meinhof Gang, rocked Germany with a wave of bombings, killings and kidnappings targeting political and business leaders from the 1970s to the early 1990s.

Klar was jailed from 1982 to 2008 for involvement in a string of murders and other attacks. However, for the past few years he has managed Dehm's online presence, though not its content, DPA reported.

Dehm told DPA that Klar, once one of Germany's most-wanted terrorists,”today is a citizen like any other. He has done his time. And he hasn't committed any crime since his release from jail.”

Klar worked from his Berlin apartment, not Dehm's parliamentary office, “for a small sum of money,” according to the Bundestag deputy.

The case has drawn controversy because Klar has sought a parliamentary entry badge in order to join meetings. He was denied entry last December but was then allowed into the building as a personal guest of the lawmaker.

Parliament spokesman Ernst Hebeker told DPA that Klar had been rejected because of “security concerns” but added that the parliamentary bureau was now considering whether to allow him regular access in future.

Stephan Mayer of the conservative Bavarian CSU party, a coalition ally of Chancellor Angela Merkel, called the matter a “scandal” and said allowing Klar into the assembly building made a mockery of the victims' suffering.

Klar was sentenced to life in prison for his involvement in nine murders, including of a former top banker, justice official and business leader, and 11 attempted murders on behalf of the RAF, which saw itself as waging war against capitalism and imperialism.