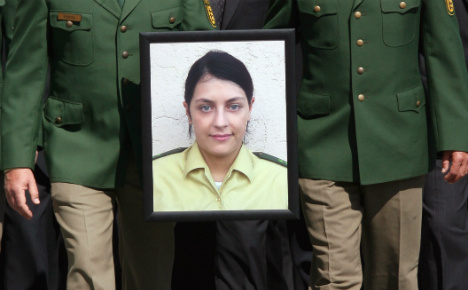 Sascha W. was found dead on February 8th in the southern state of Baden-Württemberg. He was 31 years old, apparently fit and healthy.

After conducting a post-mortem, local prosecutors believe it was suicide, reports heise.de.

Sachsa W. sent out a suicide note via SMS before his death, and there is “no indication that a third party was involved”, prosecutors say.

But the death has risen to national attention because W. is now the fifth person with a connection to a series of grisly murders carried out by a neo-Nazi terror cell to die suddenly.

Over the course of a decade starting in 2000, the National Socialist Underground (NSU) are believed to have murdered 10 people, all of them Turkish or Greek immigrants except for policewoman Michele Kiesewetter.

The enquiry is looking whether there was a support network behind the terror cell, and the death of Kieswetter seems to be particularly sensitive.

A link of deaths back to Nazi scene

Sascha W. was the fiance of Melissa M., a 20-year-old who died a month after giving evidence to the terror in inquiry in March 2015.

A post-mortem concluded that M. had died from a blood embolism “likely” caused by a motorbike accident she’d been involved in two weeks earlier.

M. herself was the ex-girlfriend Florian Heilig, who in September 2013 burned to death in his car hours before he was due to be questioned about the NSU. Subsequent tests also revealed a cocktail of drugs in his bloodstream.

Heilig, who had been involved in the local neo-Nazi scene in Heilbronn, was said to know who killed Kiesewetter.

In April 2014, 39-year-old Thomas Richter died in his apartment, allegedly from a sugar imbalance caused by undiagnosed diabetes.

Richter was also believed to have background information about the murder of Michèle Kiesewetter.

Hajo Funke, professor of politics at the Free University in Berlin told Berlin's Tageszeitung (TAZ) “so many suicides? Something isn’t right. There’s a pattern there.

“There are people who had a connection to Melissa M. who are terrified about a scene of neo-Nazis and organized crime. Their fear isn’t without reason,” said Funke, who has written a book on the NSU.

Funke called on the state to do more to protect protect potential witnesses.

“They need to do their job. The Interior Ministry need to put more pressure on local law enforcement. How many more people will die before something happens?”