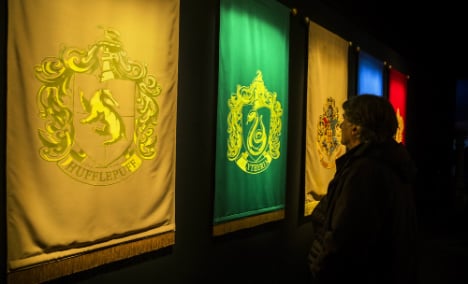 Which house are you? Photo: DPA

Let’s face it, most of us would probably rather be in Slytherin than Huffelpuff – at least you get to play a role in the wizard series beyond being a face in the background in Herbology class.

But that’s not the way most Germans see it.

Displaying their well renowned modesty, 37 percent of Germans think the sorting hat – which all pupils at Hogwarts School of Witchcraft and Wizadry put on their heads on their first day in school – would place them in the nerdy house, a YouGov poll published on Wednesday shows.

But, when one considers the attributes of a Huffelpuff, it does begin to make some sense. The house's members are known for a sense of justice, loyalty and (most importantly for Germans!) hard work.

Twenty one percent of die Deutschen meanwhile think they’d get sorted into Ravenclaw – the second-least important house in the books.

But as Ravenclaw is known for intelligence, scholarship and wisdom, it once again shows that Germans see themselves as the quiet ones in the background who roll their sleeves up and get things done, while others (cough, USA, cough, cough Russia) are busy flexing their muscles and posturing at one another.

But what about the house of brave but slightly dim heroes – Harry Potter’s Gryffindor?

Not so popular among Germans, it seems. Only 15 percent of respondents see themselves chosen to battle He Who Must Not Be Named in implausible evenly-matched battles of skill and courage.

Is it mere coincidence that this number roughly corresponds to the populist right-wing Alternative for Germany’s (AfD) current polling figures? Probably.

But, interestingly, many Germans do see a link between the anti-immigration party and Slytherin house – with 21 percent putting their controversial leader Frauke Petry in the house of dark sorcery.

Angela Merkel, meanwhile, was thought to be a Gryffindor type, although respondents were relatively split on this answer.

The survey was conducted in light of the announcement that an eighth Harry Potter book will be published in the summer.

Harry Potter and the Cursed Child is the script to a play written by Rowling for London’s west end, and has sent Potterheads into paroxysms of excitement.

German fans also seems to see the news as a good thing. 43 percent of You Gov respondents said they were happy that the story is being continued into Potter’s adulthood, while only 13 percent were against.