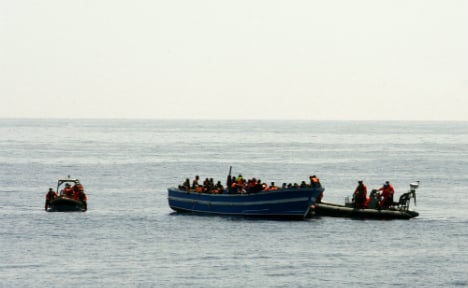 Speaking to Bild newspaper, Juncker said “chancellors have always been given credit when they stuck to their course in stormy times. I’m thinking above all about the visionary reunification policy of Helmut Kohl. History showed he was right – and it will show Merkel was right too.”

The president of the European Commission went further in his praise of the German chancellor, saying that he wished other European leaders “had understood as fast as her that, just as in the debt crisis, only collective solutions will answer the refugee crisis.”

The Luxembourgian, who has been in office since 2014, also expressed his confidence that Merkel was stronger than her critics and that she would see through the controversial policy she started.

“Angela Merkel will last longer in office than all her critics. Her refugee policy, and mine, will win the day. It is strong leadership to say ‘wir schaffen das’ – anything else would have been a capitulation to the populists.”

Junker was speaking ahead of a two-day summit in Brussels starting Thursday in which the Chancellor is set to face a fierce battle with the so-called Visegrad Four – Poland, the Czech Republic, Slovakia and Hungary – who have openly defied her refugee policy.

They have pledged to help Macedonia and Bulgaria close their borders with Greece, which would leave Greece with rapidly rising numbers of refugees while effectively excluding it from Europe's passport-free Schengen zone.

Merkel, under heavy pressure at home to reduce arrivals, supports a plan under which transit country Turkey would seal its borders and then fly refugees to Europe where they would be settled under an EU quota system.

She said, “I will focus all my strength … on making the European-Turkish approach the path that will be taken”.