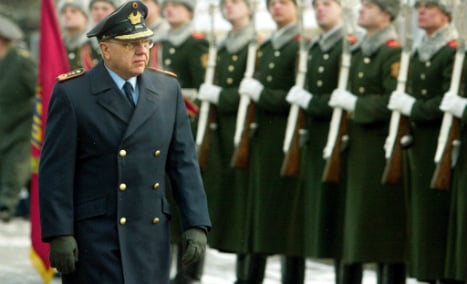 “With its military intervention, Russia has enabled the peace process,” Harald Kujat, former chief of staff of the Bundeswehr (German army) told the Passauer Neue Presse.

Kujat argues that the Syrian civil war was in a deadlock until September 2015, and that “neither the Americans nor the Europeans had a strategy for a peaceful Syria, nor were they ready to engage massively.

“The Russians have done that and created a window for a political solution,” he believes.

Syrian regime forces were close to the brink of defeat before Russian intervention, Kujat added.

“I would only have given them a few more weeks. Then Syria would have collapsed and Isis would have taken over the country.”

According to Kujat, Isis could then have targeted attacks against Lebanon and even Israel, with “far-reaching consequences” for Germany and the West.

The retired general also dismisses western governments' allegations that Russia has sought to deliberately worsen the situation of civilians in Aleppo, where its aircraft are supporting an offensive by pro-regime troops.

“Putin's goal is to support the advance of Syrian troops towards Isis areas. Aleppo has been a block on this route, because the city was held by the Syrian opposition.”

Kujat's remarks come on the same day as western nations, Russia and regional powers agreed a tentative plan for a ceasefire in Syria at talks in Munich.

The German Foreign Ministry spoke of “new hope” and “real perspectives” for the people of Syria after the agreement reached in the small hours of Friday morning.

But Foreign Minister Frank-Walter Steinmeier referred to “the experiences of the past” when negotiating deals with Russia – likely a veiled reference to President Vladimir Putin's failure to enforce ceasefire agreements reached in Ukraine.