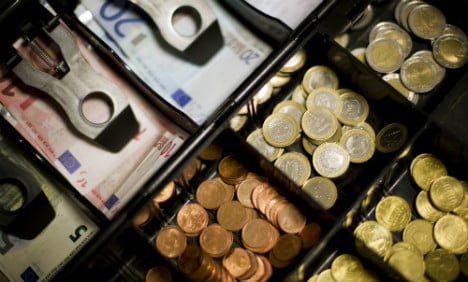 When it was announced late last week that the German government planned to set a €5,000 limit on payments with cash, it barely raised an eyebrow in our newsroom.

Limits on cash transactions are standard in other large European countries, including Italy, France and the UK, and this seemed to be a case of conservative Germany slowly falling in line with its neighbours.

We should have known better.

The outcry came from all quarters, with the populist right-wing Alternative for Germany (AfD) just as vocal as the right-on left-wing Green Party and the liberal Free Democratic Party (FDP).

Economic weekly WirtschaftsWoche made the plans the cover story on Friday's edition, titled “Save cash!”.

And an article in highly regarded broadsheet the Süddeutsche Zeitung suggested the move was nothing less than a step in the direction of totalitarianism.

The immediate suspicion was that – far from being aimed at preventing terrorism and organized crime as the government professed – the move was meant to help the state pry into the smallest minutiae of Germans’ lives.

“The argument, so beloved after 9/11, that it’s a way of combating terrorism is ridiculous and has no basis in scientific proof,” data protection expert Christoph Schäfer told The Local.

“The real winners of the cash limit are the control freaks in internal revenue who want as much transparency from citizens as possible. They could justify it as such but they don’t,” Schäfer argued.

'Where does it end?'

It is clear that Germans put a high value on individual liberty.

CCTV is much more closely controlled than in Britain.

Successive governments meanwhile have repeatedly attempted to pass a law enabling mobile phone companies to save call details. Two versions have been shot down by the highest court in the land. A third has passed into law but is yet to face the constitutional judges.

This prizing of freedom, combined with a deeply ingrained thriftiness, meant that imposing a limit on hard currency was like playing with matches around a powder keg for German leaders.

Polls consistently show that Germans prefer cash to cards – even if attitudes are slowly shifting – with people feeling they can keep a better overview of their expenses, and they can keep their shopping list away from the government and companies’ prying eyes.

“The limit of €5,000 on cash payments won’t infringe on the freedom of normal citizens – but it is the first step,” Schäfer says.

“Most probably after its implementation they’ll decide €5,000 is still too much. Wouldn't it be better to put it at €1,000 – and what about when that’s still too much?

“It’s about protecting liberty – because that’s what paying with cash is. Does every piece of chewing gum bought need to be counted? I don’t think so.”

This fervent defence of the coin and note is apparent to any Anglophone living in the Bundesrepublik – and can often be infuriating.

Whereas in London it’s now possible to go about your everyday life these days by lazily brushing your bank card against a contactless sensor, in Berlin and every other German city one has to be careful to have cash in the pocket at all times – if not the likelihood of embarrassment is high.

It is still unusual to find cafes and restaurants which accept card payments – even some shops don’t.

But for Schäfer the annoyance is well outweighed by the benefit.

“Should our rights be compromised only because there are a few criminals around?” he asks.

“Freedom must be weighed against liberty. In some states they lean to the side of a felt security. But in Germany liberty is a basic value – and that’s what this is about.”

Advocates of limiting cash payments say it will act as a barrier not only against terrorism, but also cash-in-hand work, tax avoidance and drug dealing.

But, with the public so suspicious of their motives, it is hard to get these people to speak openly.

One economist told The Local he no longer wanted to comment on the issue due to the amount of threatening mail he had received for previously voicing his view on the matter.

SEE ALSO: Little by little, Germans move away from cash