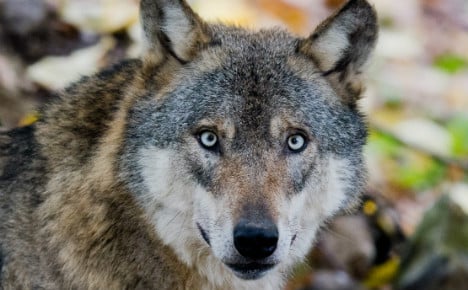 For 15 years, wolves have been spotted again in Germany, with numbers now estimated at around 80 adults nationwide.

But the re-emergence of a once common wild animal and villainized German fairy tale character has caused anxiety in some sections of society.

While they are shy of humans, wolves have killed an estimated 125 farm animals since the turn of the 21st century.

To this end, Minister for the Environment Barbara Hendricks announced on Wednesday that she would be setting aside €425,000 for the purpose of advising and increasing knowledge on the country’s lupine population.

The money will go to a centralized task force based in Görlitz which will counsel state authorities and collect data on the movement of wolves throughout the country.

Call of the wild

Wolves are strongly protected in Germany, meaning they can’t be hunted. Even though some poachers have been known to shoot them, the biggest danger still comes from being hit by a car.

The return of the wolf is a reason for celebration, said Hendricks, but “it also presents a great challenge because harmonious coexistence needs to be relearned by humans”.

Farmers, shepherds and hunters – as well as concerned residents of areas where wolves prowl – all need to be part of conversation on living with the creatures, Hendricks said.

“It’s our task to mitigate in this conflict and to keep it as small as possible,” adding also that “it will be years yet before wolves have built up stable numbers in Germany.”

Beate Jessel from the Federal Agency for Nature Conservation said that stories of wolves coming too close to humans normally turned out to involve dogs which had gone wild.

Both Hendricks and Jessel emphasized the need for clear rules for how to behave in front of wolves.

“The wolf isn’t the problem – it’s how we act around it,” Jessel said.