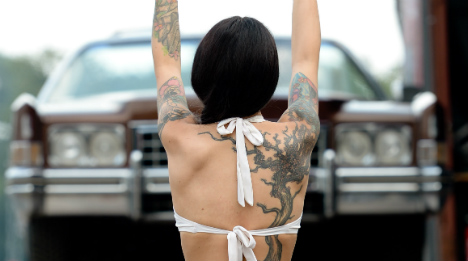 Amid Carnival celebrations over the weekend, police were alerted by a pensioner in the small town of Bach an der Donau, Bavaria on Sunday that someone had broken into his garage and damaged his car.

The man told police that he had heard a noise at about 3am, but when he looked outside, he did not see anything.

But on the following morning, he found his car in the garage with visible damage and his bicycle moved from its usual place, nearby Wörth police investigating the case told The Local.

Upon further inspection, officers found that there were scratches on the sides, the car's bonnet was dented, the right wing mirror was broken off and missing, and there were “traces of bodily fluids,” that showed people had been there, police said.

“We suspect that a couple entered the garage to canoodle,” Wörth police inspections chief Josef Schweiger told The Local.

“People were celebrating Fasching [carnival] and though we don't know for sure if that is related, we suspect that it was.”

The missing mirror was later found in the garden of a neighbour.
The damage was so extensive, police estimate repairs will clock up at around €3,000.
Police will analyze the DNA of the semen found on the car to see if it matches with anyone already in their database, but Schweiger said it may be quite hard to track down the couple.

“Hopefully those who caused the damage will come forward, because perhaps they did not mean to break anything,” the police inspections chief told The Local.

The strangest aspect of the revved up affair? The car’s burglar alarm never went off.