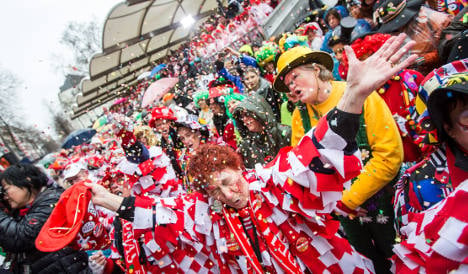 If there's one thing everyone knows about Cologne, it's that the city knows how to throw a good Karneval party. Young and old flooded the streets this year, as every year, wearing crazy costumes and perpetually drinking their treasured Kölsch pale lager day and night – and into the next day and night, on and on.

With little sleep and paint probably still lingering somewhere in my hair, I reflect on some of the things I learned during my first time around Karneval.

1. If you don't wear a costume, you'll feel very left out

It's not just the parade marchers who go all out on costumes. Just about every person – young and old – is decked out from head-to-toe in elaborate designs. There was one man in a bar dressed as a shower, complete with a plastic curtain hanging from a circular metal ring above him, attached to a shower head.

Even if you neglect to bring along colourful duds, there are still quite a few stores open during the festivities, offering props and face paint.

In Cologne, beer is served in short, cylindrical 200-milliliter glasses. But don't let the small size of the glasses fool you – people will drink a lot. The traditional method of drinking in Cologne is that when you finish one beer, the waiter brings you another one, marking each down on a coaster.

And if you buy any beers at any of the Kiosk convenience stores before hitting the street parties, don't even think about grabbing (or being able to find) anything other than a local Kölsch brew – people take their beer loyalty very seriously.

3. The songs will get stuck in your head, even if you can't understand them

One of the more beloved traditions of Karneval is to sway along with the crowd, belting out any of the numerous local drinking songs while at one of the many parades, or while just walking through the streets. These drinking song singing sessions can go on for quite a while as Cologne’s people seem to have an endless supply of them. But good luck trying to follow the lyrics, even if your German is superb – they’re all in the dialect of Kölsch.

Luckily, a German-American couple decided a few years ago to create a book with English translations of the Kölsch songs.

The most important thing to know how to sing – or shout at the top of your lungs – is Kölle Alaaf, meaning Cologne above all others.

4. Things are not politically correct
Photo: DPA.
Many costumes worn at Karneval wouldn't be considered very politically correct by some in my homeland of the US. One of the most common outfits worn is that of Native Americans with feathers in their hair and fringed clothing.
Others wore black- or brown-face and I noted a few “Arabic” costumes of men dressed in long white shirts wearing red head coverings.
5. Some bars did not let refugees inside
There was heightened security at this year's Karneval and many locals said that they had never seen so many police officers. The stricter measures follow numerous reports of sexual assaults against women in the Rhineland city and elsewhere on New Year's, as well as international concerns about terrorism.
Private establishments also cited security concerns for their door policies. The Local has written before about places around Germany where refugees have been banned from bars or public pools. In Cologne for Karneval, some bars turned people away who looked like refugees, even those in friend groups of non-refugees.

6. Rain, sleet or snow – this city will party

Despite stormy weather cancelling other carnivals in the Rhineland area on Monday's big Rosenmontag event, Cologne still battled the rain for the sake of celebrating.

As one native Jeck told me, one simply has to adapt their costume for the weather. Many wore rain ponchos atop their clown suits. And capes can be a great way to liven up cold weather gear. 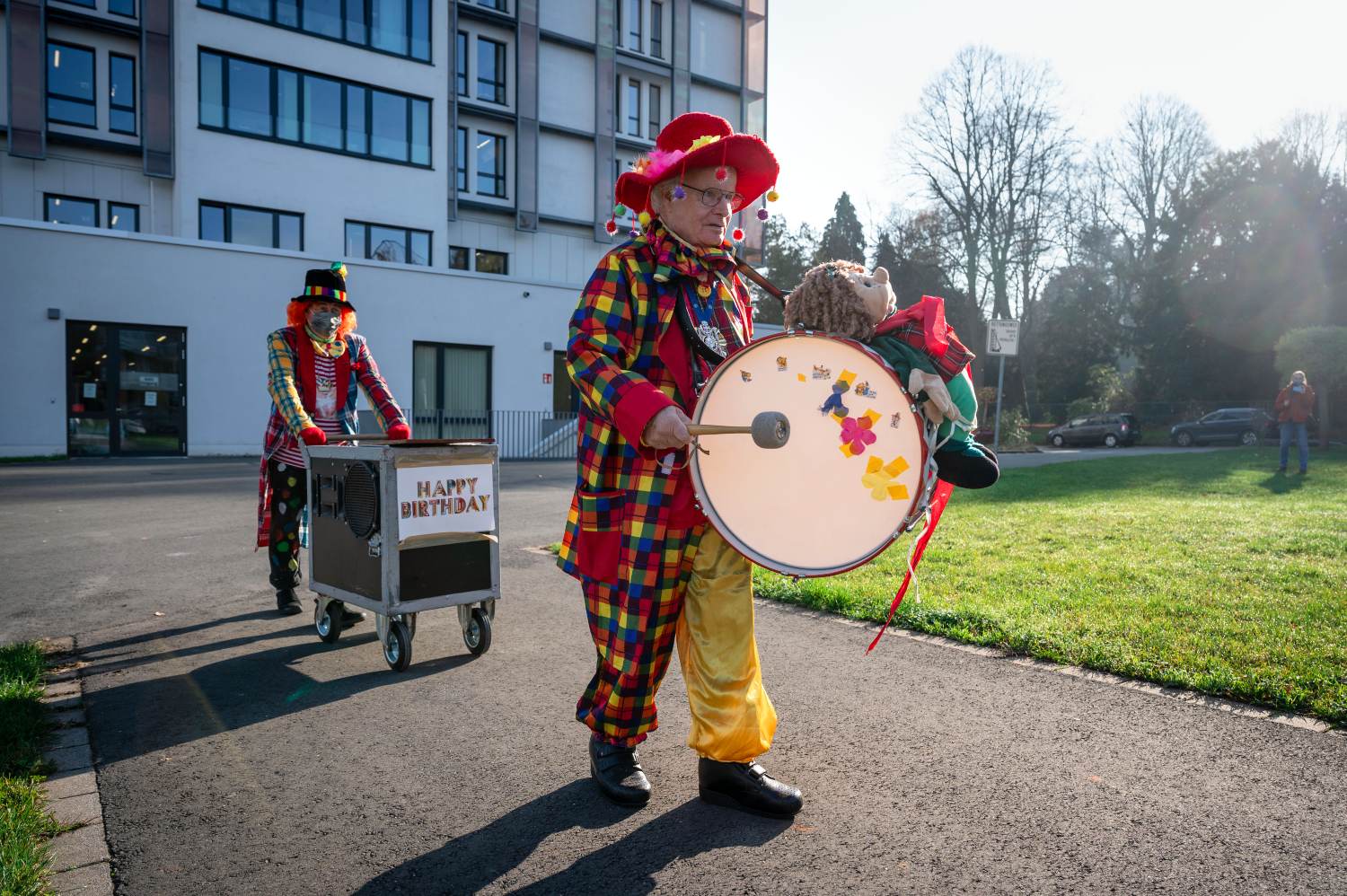