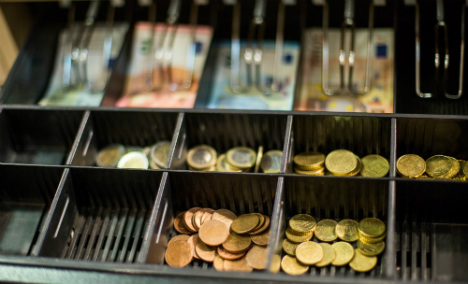 A shop's cash draw with the spaces for one- and two-cent coins empty. Photo: DPA

From February 1st, any customers paying for their goods in cash in retailers participating in the scheme will see prices rounded up or down to the nearest five cents.

The North Rhine-Westphalia community action is the first time anyone has tried removing the coins in Germany, the German Trade Association (HDE) told DPA.

The initiative comes from Klever City Netzwerk (KCN), an association of small retail businesses in the 50,000-population town.

They argue that with many banks now charging customers to deposit large numbers of the low-value coins, it's simply not worth their time and money to handle them.

But there's a benefit for customers as well, in that “it's simpler and faster when paying in cash,” KCN spokeswoman Ute Marks told The Local on Monday.

Customers who insist on exact change – or paying using one- and two-cent coins – will still be able to ask for it, she emphasised, but added that few are expected to do so.

Local businesses on board

According to Marks, around 60 businesses have so far signed up – but KCN hopes to get up to around 150, matching their current membership, within a few weeks.

So far, most of the participating shops are locally-owned ones rather than the bigger chains present in the town, such as the Aldi supermarket. “Some [business owners] think the technical side will be difficult and others wonder how it will work with financial reporting to the authorities,” Marks said.

“It's less that people don't want to take part, but that they want to keep clean books.”

Marks explained that the move to do away with one- and two-cent coins within the city limits was inspired by Kleve's proximity to the Netherlands.

The town is one of the westernmost in Germany, just across the border from the Dutch town of Nijmegen.

Some people on the German side had been doing shopping across the border for years without realizing that prices in the Netherlands were being rounded up or down to the nearest five cents, Marks said.

And the Netherlands have been joined by Finland, Sweden, Belgium and Ireland in removing the smallest coins from circulation since the introduction of the Euro.

“The Dutch are a very thrifty people and they wouldn't have gone ahead with it if there were disadvantages for either [customers or retailers],” Marks said.

KCN plans to have mathematicians from the local university follow up with the businesses participating in the scheme to see whether it's made any difference to their ledgers.

Meanwhile, the Lower Rhine Chamber of Commerce and Industry (IHK) told The Local that they were watching the experiment in Kleve “with great interest”.

“It's hard to predict how far customers will accept this,” IHK manager for Duisburg, Wesel and Kleve Michael Rüscher told The Local.

“If the small-scale test in Kleve works, retailers in other cities will certainly pick up on the idea.”

Rüscher agreed with KCN spokeswoman Marks that bank fees for processing the small coins were to blame for the move.

As for Marks, she hopes that Kleve will repeat the success of their predecessors in the Netherlands.

“In the Netherlands, one small town of 50,000 people – like Kleve – introduced this and then the whole country followed.

“It wouldn't be so bad if in 11 years we looked back and then realized that it all began in Kleve,” Marks said. 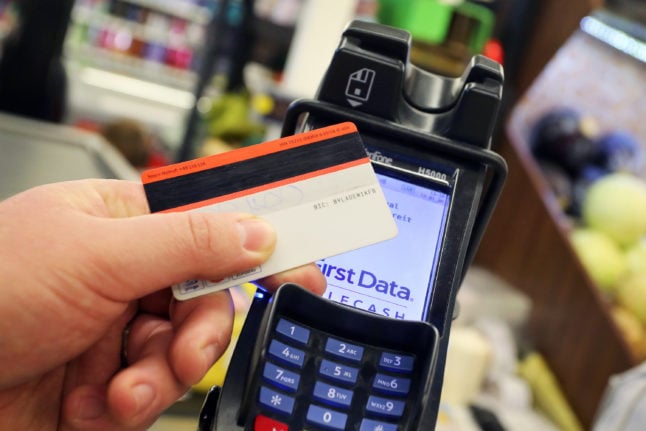 MONEY
Why are card payments getting rejected in Germany? 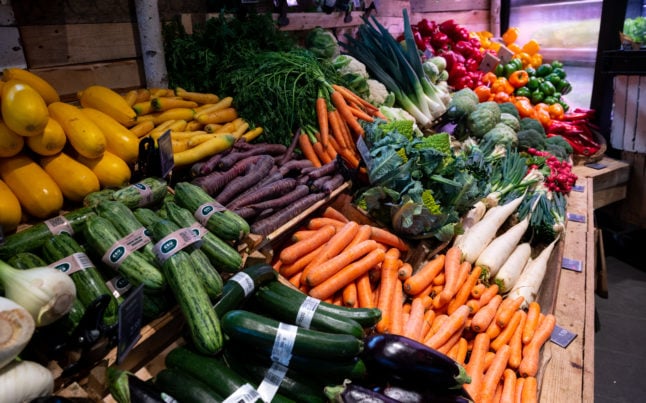 MONEY
When are people in Germany retiring?
Url copied to clipboard!