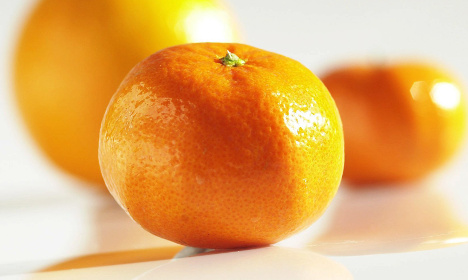 Stock photo of an orange - not to be confused with the culprit behind the pensioner's fall. Photo: DPA.

On the evening of October 6th of 2014, the pensioner was walking through the fruit 'n' veg section of a supermarket in Ruppichteroth, North Rhine-Westphalia, to pick up some cream quark, reported the Oberbergische Volkszeitung.

She slipped and fell, noticing while upon the ground that there was a pile of orange-coloured mushed up fruit on the floor and on her shoe, according to the Rheinische Post.

The 71-year-old hit her head so hard against a counter while falling that she suffered from a concussion. She also fractured her pelvis and later had to have her injured thumb operated on due to a torn tendon.

The woman argued that the store did not fulfil its duty of regularly inspecting the produce section.

A court in Bonn agreed and awarded her €12,000 in compensation for the pain and suffering caused on Thursday.