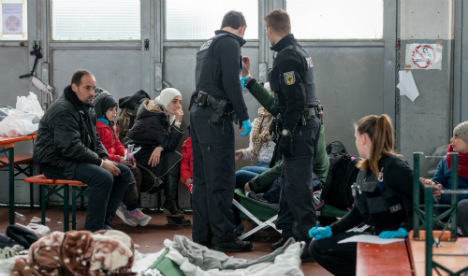 “We can manage it for about three weeks, but we don't have enough personnel strength to last longer,” deputy head of the GdP union Jörg Radek told the Neue Osnabrücker Zeitung (NOZ) newspaper.

Radek was responding to comments from Interior Minister Thomas de Maizière, who said on Wednesday that the government would continue to the extend border controls past a February deadline.

“I foresee no time when we'll be able to end [border controls],” de Maizière had told broadcaster MDR.

Two thousand federal police officers have been carrying out spot checks of people entering Germany via the Austrian border since September 2015.

The measure was rushed in in hopes of slowing the number of refugees from the Middle East and North Africa arriving in Germany via Austria.

But the end of controls has already been pushed back several times by the federal government since their introduction, and Radek says the border work is taking its toll on his colleagues.

And there's little to show for all that work, as the controls have failed to significantly reduce the number of arrivals – with the total for 2015 tallied at 1.1 million by the authorities.

Meanwhile, officers securing the border are no longer available to fulfil their other tasks, including securing airports, train stations and football games.

The government is recruiting 3,000 new officers for the federal police over the coming three years, but it will be a long time before they can be deployed.