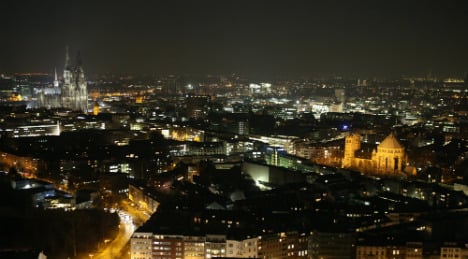 Peter Breidenbach, 58, managed to give the guards from his prison in Aachen the slip at around 1.30pm on Wednesday, a police statement said.

Anyone who sees Breidenbach is advised not to speak to him, but to report the sighting by calling the emergency 110 number, police said.

The convict is around 188 centimetres tall (roughly 6'2″), slim and has a moustache. Breidenbach is also diabetic who depends on insulin.

A spokesman for the North Rhine-Westphalia justice ministry told the Kölner Stadt-Anzeiger (KStA) newspaper that Breidenbach managed to escape when he was escorted to the toilet by one of the two prison guards who were accompanying him on the trip.

Instead of remaining vigilant, the guard decided to relieve himself at the same time as Breidenbach – despite the fact that neither the toilet cabins nor the door were visible from the urinals.

The rapist was able simply to slip away without the man assigned to guard him noticing.

“This should not have been allowed to happen,” the spokesman told the KstA, saying that either the man who accompanied the prisoner into the toilet should have kept an eye on him, or the second officer should have been brought in.

Why was he allowed out?

Breidenbach was convicted of rape in conjunction with serious robbery and sexual coercion and sentenced to nine years' jail in 1991 – but has been in preventive custody since the end of his full jail sentence.

The brewery trip, tacked on to some shopping in his hometown, was his ninth excursion without handcuffs.

As a convict, he could “express wishes”, the interior ministry spokesman explained, although there are clear limits to what is allowed.

It is not yet known whether Breidenbach had planned the escape in advance or was simply quick to exploit the opportunity.

“He is believed to be extremely dangerous,” the spokesman said. “Anyone who sees him should inform the police”.