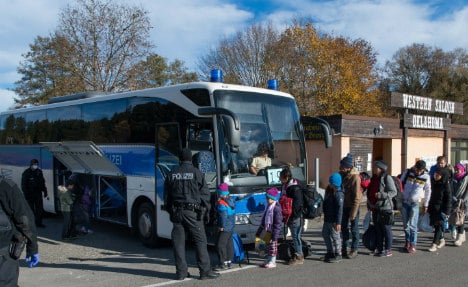 During an angry phone call with the German Chancellor in the autumn Bavarian politician Peter Dreier exclaimed “We’re not going to manage this”, referring to the large number of refugees he was expected to give shelter in his district.

With these words the Bavarian politician was knowingly inverting Merkel’s famous words from the summer when she said “we’ll manage this.”

But this wasn’t the only challenge he laid down before Germany’s top politician, Die Welt reports.

He also told her that, if he had to take in more refugees than he had been promised, Merkel would have to deal with the consequences.

“If Germany takes in a million refugees, that means my district will take in a share of 1,800. I’ll take them. But any more I’ll send by bus to your office in Berlin,” Dreier warned.

Now he is making good on that pledge.

On Thursday morning at nine o’clock 52 refugees boarded a bus in Dreier's local district of Landshut in the very south of Germany, prepared to make a seven hour trip to the capital Berlin, in the north-east of the country.

All the refugees understood why they were on the bus and all had agreed to participate in the action, said Dreier, who is head of the district council.

Southern Bavaria has taken the brunt of the refugee influx, as the majority of new arrivals come into Germany through the southern border with Austria, and therefore land directly in Bavaria.

For Dreier, politicians far away in Berlin seem to be losing sight of the extent of the crisis.

“They say that not as many [refugees] are coming, now the problem is solved. But they don’t understand that there is a build-up because the refugees who arrived in the last few months are still there,” he complained.

Dreier himself will be on board the bus to deliver his promise to Merkel in person.

But it seems the Chancellor won’t be there to receive the travelling party.

“That’s out of the question. She isn’t there,” Dreier has admitted.

According to the Bavarian, at the time of their phone call in October, Merkel told him “If you send me buses then I’ll have to send them to back to Greece. But then the refugees will come back by themselves to you again.”

The Bavarian government meanwhile, no ally of Merkel’s on the refugee question, is furiously trying to mediate to stop Dreier going ahead with his drastic action, fearing a further deterioration in relations between Germany’s richest state and the capital in Berlin.