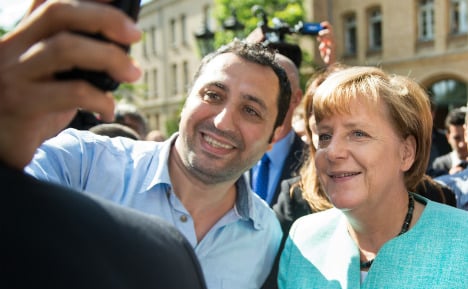 “Going it alone was an act of self-empowerment,” Michael Bertrams, who was president of North Rhine-Westphalia’s constitutional court from 1994 to 2013, wrote in the Kölnischer Stadt Anzeiger on Wednesday.

Merkel’s policy of opening Germany’s doors to refugees was “full of empathy but lacking in a plan,” the ex-judge said.

All substantial decisions in a democracy lie in the hands of the people’s chosen representatives, he argues, pointing out that the constitutional court had decided that the parliament has the last word on decisions over whether the German army is sent to war.

“If the military mission in Mali could only go ahead with the permission of the parliament, then it is certainly necessary when we are talking about taking in hundreds of thousands of refugees,” the judge writes. Bertrams is the second constitutional judge to criticize Merkel’s refugee policy in a matter of days, after Udi Di Fabio announced on Tuesday that Bavaria has a right to take the government to court over its open-door policy.

Di Fabio, who sat on the federal constitutional court from 1999 to 2011, made the comments in a report he had been commissioned to write by the Bavarian state.

The judge said in the report that the government is obliged to secure Germany’s borders and to control the influx of refugees, Die Welt reports.

He went on to argue that dividing up refugees across Europe was not only permissible, it was demanded by the German constitution.