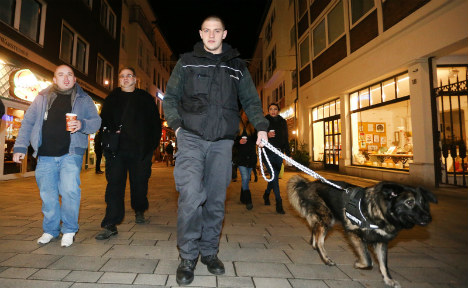 After the mass sexual attacks in Cologne and other cities which eyewitnesses and police have said were carried out by men of “north African appearance” migrants from the Maghreb region have come under the spotlight.

Currently, 13 of the 19 people police are currently investigating in relation to the Cologne attacks come from the Maghreb – an area encompassing Libya, Tunisia, Algeria and Morocco.

And police figures seem to show that Maghrebi migrants are considerably more likely to commit crime than people from other regions, Spiegel Online reports.

A study begun by Cologne police in 2014 which looked at which refugees committed a crime within a year of their arrival showed stark variations from between different countries of origin.

Whereas only 0.5 percent of Syrians were suspected of a crime within 12 months of their arrival, 40 percent of those coming from the Maghreb got into trouble with police.

Only asylum seekers from the Balkan region were as likely to have broken the law in equivalent numbers.

The head of one refugee reception centre in the region told Spiegel that “North Africans often come to our attention for the wrong reasons here. They drink a alcohol excessively and are often under the influence of strong medication.”

An unpublished study by police in Düsseldorf seen by Spiegel Online, meanwhile, shows that there are over 2,200 criminals from the north African region active in the Rhineland city.

The Düsseldorf statistics also show that north Africans commit a crime on average every 3.5 hours in the city.

This criminality commonly comes in the form of theft, robbery, bodily harm and threats.

The report says that the situation is so bad that many residents of the city have lost confidence in their ability to feel safe in public spaces.

Residents in the city have now taken to forming “citizens' patrol” groups to “protect our women”, which police are concerned that far-right groups could use to try and enact racist, vigilante justice.

But capturing criminals who arrive in the country as asylum seekers is far from straightforward.

Because authorities only take asylum seekers’ fingerprints around six months after they arrive in the country, criminals can change their identity at will, Spiegel says.

The man shot by police in Paris last week after he attacked a police station, also allegedly from North Africa, lived under seven different pseudonyms in Germany before travelling to France.

Even when someone can be convicted of a crime serious enough for warrant ejection, deportations are also “almost impossible due to a lack of cooperation from their home countries,” the Cologne police report states. To this end Chancellor Angela Merkel on Tuesday asked for Algeria's help in speeding up the repatriation of rejected Algerian asylum seekers to their country of origin.

Germany and Algeria have in place a mutual agreement governing expulsions of their citizens, “but we have to ensure that it works properly,” said Merkel at a press conference with visiting Algerian Prime Minister Abdelmalek Sellal.

German authorities have been calling for greater efficiency in deportation procedures, and the issue has gained urgency given the rising numbers of Algerians arriving in recent months with thousands of migrants seeking asylum.

Sellal however sounded a note of caution, saying before any deportations, “we have to ensure that they really are Algerians”.

If Algerians were indeed among those guilty of participating in the mob violence in Cologne, then “I can assure you that for us, Algeria, as a country and as a people, that is unacceptable,” he said.

Berlin is mulling whether to classify Algeria and Morocco as safe countries of origin – a category which would mean its citizens were unlikely to qualify for asylum.

Merkel said Friday that no such decision had yet been taken on the issue, but that citizens of both nations stood less chance of winning asylum in Germany than those from war-torn countries like Syria and Iraq.