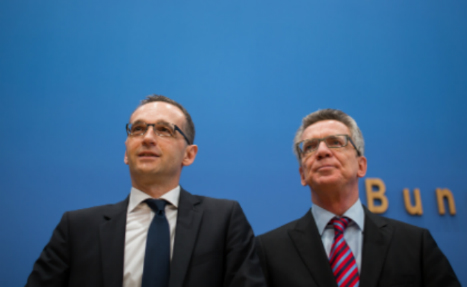 Foreigners who commit crimes such as sexual assault will in the future be more easily deported from the country, that is if a law agreed upon by the interior minister and the justice minister in Berlin on Tuesday is passed.

According to the draft law, refugees will lose their right to asylum if they commit a crime that comes with a jail term of longer than a year, reports broadcaster N-tv.

Crimes which threaten the life of another person, sexual assaults, theft, or an assault on a policeman will all be judged as building a case for deportation if the law passes.

In these cases the length of the prison sentence will not be of importance, with even probationary sentences possibly leading to foreigner being led to the exit door.

Whether a foreigner is eventually deported – a process that can take months or years – is dictated by several factors including the person's health and the security of his country of origin.

“We’ve come to an agreement that will make it easier to deport criminal foreigners – and we will act more forcefully to deny refugee status to those asylum seekers who commit crime,” Justice Minister Heiko Maas of the left-wing Social Democratic Party (SPD) said after coming to agreement with interior minister Thomas de Maizière.

However, it is still to be seen whether this toughening of the law will be acceptable to the German constitutional court.