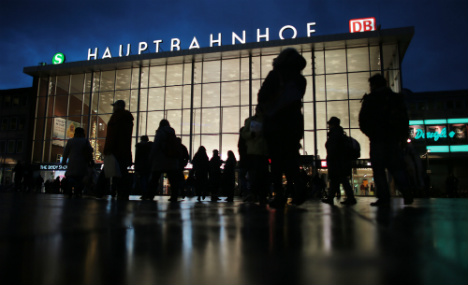 The “one arm's length” suggestion was just part of what Cologne mayor Henriette Reker said would be a 'behaviour guide' for women in the wake of mass sexual harrassment at the city's main train station on New Year's Eve.

“It's always a possibility to keep a distance that's longer than an arm's length”, Reker – who herself survived a violent knife attack which left her in a coma during last year's city election campaign – said during a joint press conference with police chiefs on Tuesday.

But her off-the-cuff comment became the focus of the hashtag #armlaenge (arm's length) on Twitter, with users mocking the idea that women could protect themselves so easily from determined harrassers.

“Suggestion: men should keep at least one arm's length distance from women. Unless the women specifically request something else,” wrote Anne Roth.

“The most annoying thing is that we didn't know this one-arm's-length thing before. Think what women could have prevented!” said Svenja Gräfen.

Others pointed out that Chancellor Angela Merkel famously appeared to be implementing this policy herself at June's G7 meeting in Bavaria.

Other users took to visual metaphors to make fun of the advice.

“Neo already knew that in the Matrix, you can hold off a whole lot of things by keeping an arm's length distance”.

By Tuesday morning, the flow of mockery had slowed down to the point where Anne Roth tweeted “I think Henriette Reker meant well with the arm's length. No-one can do everything. Now hopefully she will find some good female advisers”.

Meanwhile, many were circulating a link to advice dating back to March 2015, when Chief Inspector Christina Meyer offered tips to the Süddeutsche Zeitung.

“The most important thing is to trust your own judgement and look around. Don't ignore it or pretend it isn't happening!” Meyer said.

“Being in public is important! You have to get others involved. Bystanders in the U-Bahn are possible allies, not people you might compromise yourself in front of,” she added. “Courage [of others] comes with feeling certain of my feelings.”

By verbally and physically standing up to an attacker, women can involve others.

Other tips include calling the police or letting friends or family know that you are in danger and where you are, and remembering details for any later investigation – including not just the perpetrator but possible witnesses in the area.

Many of these tips go just as much for sexual harrassment in the workplace or elsewhere as in public.

Most advice also emphasises that even after the fact, it's important to report sexual harrassment to the police in person or by phone.