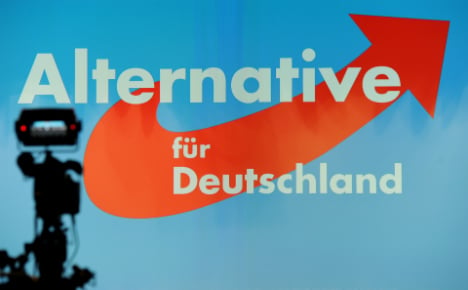 As well as wanting the Verfassungschutz, Germany’s equivalent to MI5, to spy on the AfD, the SPD faction in the national parliament also want the to keep tabs on Dresden anti-Islam movement Pegida, an internal party document shows.

“In the future, dangerous far right trends in the AfD and groups like Pegida must be put under the observation of the security services,” the paper states.

“Far right hatemongers are attempting to use people’s fears to stoke hatred,” the paper states with reference to the AfD and Pegida. “We’re not going to stand for that.”

The AfD has seen a spectacular rise in its popularity since the summer when it languished at 3 percent in opinion polls.

The ultra-conservative party polled as the third most popular party in the country in late November, when they overtook the Greens and Die Linke to poll at 10.5 percent – and their popularity has hovered around the 10 percent mark ever since.

Pollsters put their success down to a widespread scepticism among the general public about the mainstream parties’ favourable policies to refugees.

Criticism has been fired at the AfD before for their aggressive public rhetoric.

One of the lead figures in the party, Björn Höcke, has been compared to Hitler for crying at a rally “1,000 years of Germany.”