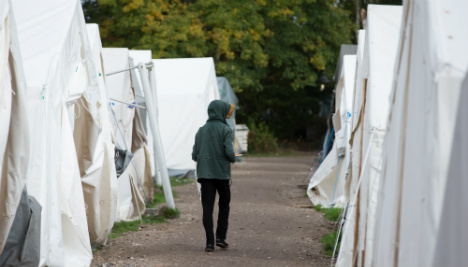 A refugee walking through a tent city in Lower Saxony in October. File photo: DPA

While the vast majority of the roughly one million people seeking asylum in Germany are put up away from the cold, a survey by news agency dpa showed that some 4,530 were still living in tents.

Ten of Germany's 16 federal states have no refugees living in tents at all.

In Hamburg, winter tents supplied by the army are still being used, while in other states, including Baden-Württemberg, larger tents have been outfitted with heating.

All six states on the list have made a big improvement since October, when more than 40,000 people were still put up in tents.

Many hundreds of people who had been living in tents until the onset of winter have now been moved.