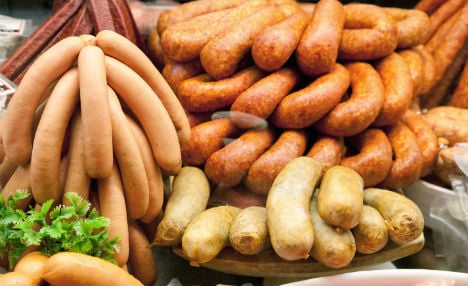 It was months before police were able to track down the burglar, who broke into a supermarket in Ansbach in February, reports Der Westen.

But on Tuesday, local coppers announced that they’d caught their man after he turned up in jail for a different crime.

Police had been alerted to the supermarket by a worker there who found a broken down door when arriving in the morning.

The thieves had long since fled, having failed to break into the office safe. Instead they’d made away with €300 worth of cigarettes.

But one of the crooks, presumably having forgotten to have his breakfast before going to work, couldn't resist chomping on a pork sausage from the butcher's isle.

Because he left half his meal behind, police were able to take traces of his DNA. When the 33-year-old turned up in custody months later a check of his DNA brought up the match.