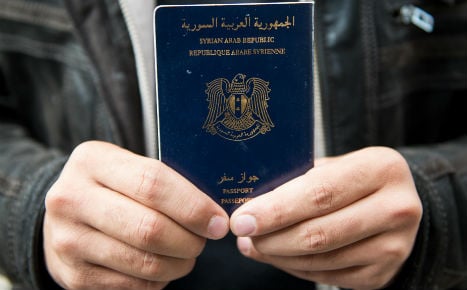 Bild newspaper reports that the intelligence services believe that around 12 refugees are currently in Germany who have passports made by the same falsifiers as those found near the two unidentified suicide bombers in Paris who were carrying fake Syrian passports.

The intelligence services do not currently know where the refugees are who used the fake passports and also took no fingerprints from them when they entered the country.

On Sunday, Die Welt am Sonntag reported that Isis had stolen thousands of passports in Syria, Iraq and Libya which it could use to smuggle its fighters into Europe.
But the German government said last week that it had initially overestimated the proportion of people entering the country with fake Syrian passports, which was in fact far less than the 30 percent announced by the interior minister in September.