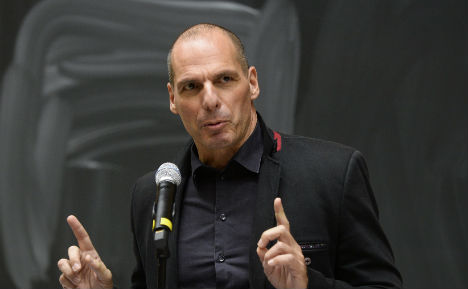 Speaking to Stern magazine, Varoufakis said that he was impressed by Merkel’s refugee policy, admitting “if I was German, perhaps I would vote for her.”

He also reserved praise for Schäuble, the man with whom he was locked in bitter negotiations over the terms of a third Greek government bailout.

“Wolfgang never even wanted to shake my hand,” the economics professor and self proclaimed Marxist said.

But he added that he respected his adversary “to the very end. We were like two boxers who exchange blows for a while and then feel closer to one another than to anyone else.”

Varoufakis was not nearly as complementary though about vice-Chancellor Sigmar Gabriel – the leader of the centre-left Social Democratic Party, whom he described as “the worst politician I’ve ever met.”

During negotiations, Varoufakis was the face of Greece to anti-bailout conservative voices in German media and politics.

His demonization was parodied by TV funnyman Jan Böhmermann, whose slickly-produced “V for Varoufakis” joked that the Greek was nicknamed “The Walking Debt”.

In July Athens accepted the terms of a bailout worth €86 billion after despite a very similar proposal being rejected at a referendum of the Greek people just weeks earlier.

Varoufakis voted against the bailout in parliament having already resigned from his cabinet position, describing the document as a surrender.

In the interview with Stern, he also spoke of having been subjected to a smear campaign by the so-called Troika of lenders.

“Without doubt I was a victim. It was a smear campaign.

As an example he mentioned how the creditors had threatened that if Greece publish its proposals they would be publicly torn to pieces. Then when Varoufakis travelled to Brussels they accused him of coming without a proposal.

“It’s unbelievable. Everyone just printed it and copied it from each other,” he complained.