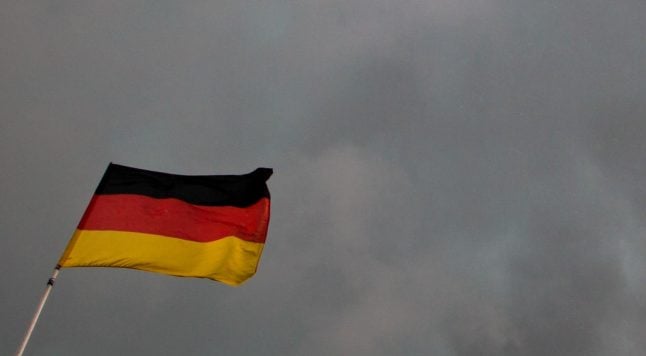 Are stormy skies ahead for Germany? The public thinks so. Photo: DPA

The number of people who say they're looking to the future with fear has almost doubled in the space of a single year, with 55 percent saying they're afraid this December compared with 28 percent in 2013 and 31 percent in 2014.

Researchers based their conclusions on a survey of 2,000 Germans aged 14 and older between November 6th and 20th.

Ulrich Reinhardt, scientific chief of Hamburg's Foundation for Future Questions, suggested that the refugee crisis and recent terror attacks had “deeply unsettled” the population and “had given them doubts about a positive future.”

That tendency was far more pronounced among older Germans, with 64 percent of over-55s afraid of what's to come.

They were significantly more concerned than their children and grandchildren, with just 42 percent of 14- to 34-year-olds worried about the future.

But even some of those devil-may-care young people are worried about the prospects for the German economy.

Just 21 percent of all Germans think that the good times can continue to roll for their country, with unemployment levels at their lowest in a quarter of a century.

On this question, it's the middle-aged who have the most worries, with 83 percent of the 35- to 54-year-olds questioned saying they expected things to get worse.

“People in work expect additional burdens and fear that they won't be able to keep up their standard of living,” Reinhardt explained.

That fear in itself might weigh down the economy, as recent growth has been spurred by confident consumers going out and spending their cash rather than saving.

That's not a big change from the previous year, when 60 percent of people were worried for the future of the EU.

But it's a sign that the often public spats among leaders over how to manage the continent's massive flows of refugees have had their impact on public opinion.

“The right-wing trend at elections in Poland, France, Hungary, Austria, Sweden, Great Britain, Denmark and Switzerland shows the great insecurity of the population in all of Europe,” Reinhardt said.

People “are afraid for their own prosperity, fear foreign infiltration and place national interests in the foreground,” he added.

That's also a reason why trust in politicians is at a new low, with 87 percent of people believing that politicians will continue to lose support – a slight increase over 2014's figure.

“Through all levels of society, there is a great unhappiness with the current national representatives,” Reinhardt said.